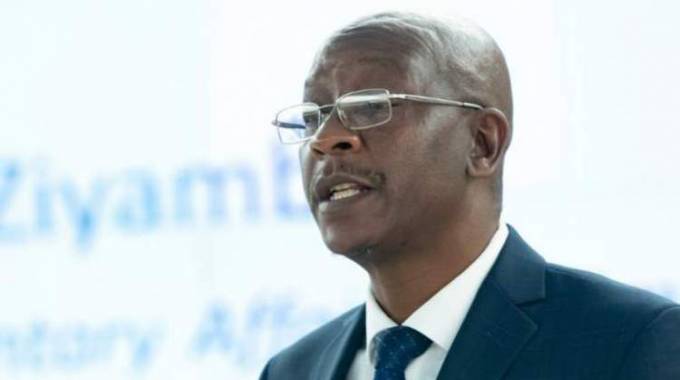 The Marriages Bill does not outlaw the payment of bride price (lobola), but it seeks to prohibit marriage officers from requesting proof of payment of the same when solemnising a customary marriage, Justice, Legal and Parliamentary Affairs Minister Ziyambi Ziyambi has said.

The current law requires marriage officers to satisfy themselves with proof of payment of the traditional bride price before formalising a customary marriage.

As a result, some families were not consenting to solemnisation of customary marriages until the groom pays full or part of the amount he would have been charged by his in-laws.

Minister Ziyambi told The Sunday Mail yesterday that there was a glaring discrepancy where the same onerous requirement did not apply to civil marriages.

“In terms of our current marriages laws, there are two types of marriages: civil and customary marriages.

“What has been happening is that in the case of a civil marriage, a couple would go to the marriage officer to solemnise the marriage with no questions being asked about payment of lobola,” he said.

“As long as the couple satisfies the requirements set out in the law, they solemnise the marriage through their marriage certificate.

“However, in terms of a customary marriage, the marriage officer would ask whether lobola had been paid to the bride’s family.

“That requirement had to be satisfied first before the marriage is solemnised.

“What the new law will do now is that requirement will fall away.

“But this does not mean we are saying people should not pay lobola, no!

“Lobola will still be paid, but the provision requiring the marriage officer to request proof of lobola payment is the one we have done away with.

“There is no abolition of lobola.”

Presenting the Marriages Bill in the Senate last week, Minister Ziyambi said: “The transfer of marriage consideration (lobola) in our indigenous culture traditionally solidified bonds between families, but a disturbing trend has developed over time to commoditise or monetise the marriage relationship for material gain.

“Some guardians of brides hold out for the highest possible gain for themselves, while others refuse consent to the formalisation of marriage until the last cent of the marriage consideration is paid.

“This is why so many of our customary and non-customary marriages are unregistered. To solve this issue, the Bill will no longer require a customary marriage officer to satisfy himself or herself that there has been an agreement on the transfer of marriage consideration.”

Other provisions in the proposed law include the requirement of free and full consent to marriage by the intending spouses and the ban on pledging children in marriage.

The Bill will also propose equality of rights and obligations of spouses during marriage and at dissolution, including protection of any children of a marriage upon the dissolution of marriage whether by divorce or death.