Loga to park the bus 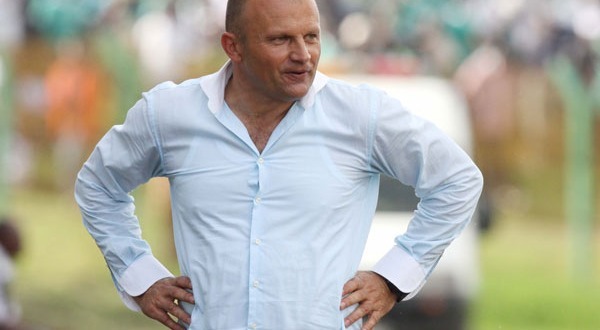 WARRIORS coach Zdravko Logarusic has hinted at a defensive approach to their African Nations Championships (Chan) finals Group A clash against Burkina Faso despite the team desperately needing a win to keep alive their hope of qualifying for the quarter-finals of the tournament.

Zimbabwe lost their opening match to hosts Cameroon and can ill-afford anything other than a win if they harbour hopes of finishing as one of the top two sides in their pool.

Logarusic concedes that his team is not prepared to play to the best of its ability, with everything seemingly going against his side. But he retains some hope that they can pull through.

“If you want to have a good wedding you have to have good preparation. That’s the same thing with Chan. When I went with the Sudan national team to Morocco, I had players in camp for two months and we camped in three different countries, we had two training sessions each day and that’s why we produced results,” Logarusic told a media conference yesterday.

“Now we are talking about Burkina Faso. This is a serious team like Mali. You see their movement with and without the ball. They can go and play at Afcon, not just Chan.

“Now we know our weaknesses and we know our strengths. We have to find a way to contain them and also do something upfront. We know we must win but we can’t put three players upfront and say let’s play an open game.

“We have to play smart, we have to use what we have in our team, we have to use our strengths and we have to try to damage them in small details, where they are weak, but we are not seeing too many weaknesses in Burkina Faso or Mali but for sure this is not the Olympics for us to just come and be there. We are here to compete and we will try our best to compete properly and not disappoint people.”

Nothing has gone well for Zimbabwe so far, to start with Logarusic had to pick a squad from players that never played competitive football for over a year.

To add to that they could not start training on time due to government protocol over the pandemic.

Once training started it also had to be stopped until the eve of their departure to Cameroon after 15 players and officials tested positive for COVID-19.

As if that was not enough three players, Andrew Mbeba, Qadr Amini and Thomas Chideu, have been deemed too ill to play and will miss the Burkina Faso match.
Richard Hachiro is struggling with a knee injury and is ruled out of today’s clash while Ronald Chitiyo is also carrying an injury, But the medical team is trying to patch him up for the match.

The coaches have 16 infield players to select from.

In the face of all these problems, they approach the Burkina Faso match with a lot of caution, hoping to contain their opponent’s threat, while looking to make the most of the few chances that come their way.

Logarusic is likely to make two changes to the team that started against Cameroon, Hachiro and Wellington Taderera are likely to be left out with Farau Matare and Partson Jaure tipped to replace them.

Zimbabwe will be looking to protect their proud record against Burkina Faso whom they have dominated in previous meetings.

In their last four meetings Zimbabwe won three of the clashes while the other one ended in a draw.