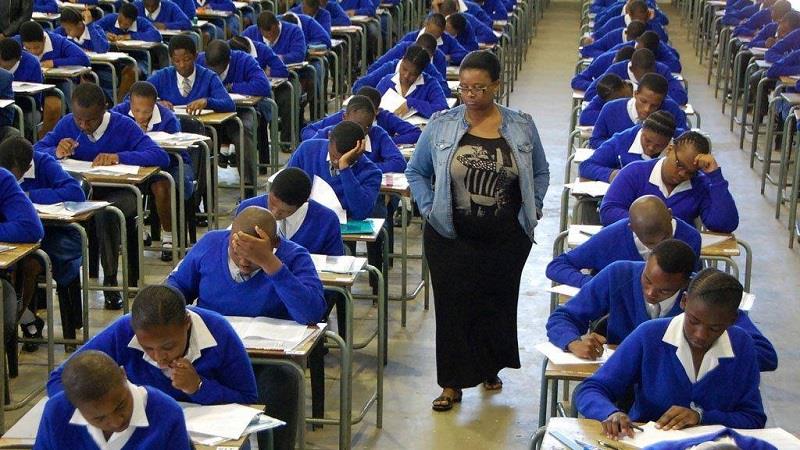 HARARE – Teachers’ unions have blamed the low pass rate recorded in the Geography Advanced Level results on poor resources in most schools in the wake of the advent of the new curriculum.

In separate interviews, the Zimbabwe Teachers Association (Zimta) and the Progressive Teachers’ Union of Zimbabwe (PTUZ) said the new dispensation has not prioritised funding the education sector.

The Zimbabwe School Examinations Council (Zimsec) on Monday announced that most subjects had recorded pass rates over 75 percent while Geography had recorded the lowest pass rate of 54,71 percent.

The teachers’ unions said Geography has become a very complex subject while the subject teachers have not been adequately trained to impart skills to the students.

“The lower pass-rate recorded for Geography in the November 2018 Advanced Level examinations is attributed to the changes in the new curriculum. The subject has become very scientific,” said Richard Gundani, the Zimta president.

“There is this Geometric Information System that has been introduced. It requires complex skills and well-developed computer labs that most schools don’t have. It also needs well-trained teachers and most requirements have not been availed.”

Gundani said the policy of austerity measures in the national budget should have not been applied to the education sector, noting that this has had negative implications on the country’s future.

“It was one of the biggest hopes that the new dispensation would address the challenges presented by the new curriculum. We have cried, we have tried to pressurise the government to fund the sector, to provide adequate teachers, to capacitate the teachers, to reduce the teacher-student ratio, but all this has not been met.  Austerity has never been good for the education sector,” he said.

He also said Geography had become a technical subject that requires more skills.

“The lower pass rate recorded for Geography has to do with the new curriculum. This GIS that they have introduced has caused problems for teachers. The literature is not available. There have been complaints from teachers that some of the concepts are new, so the teachers are learning while teaching at the same time,” he said.

“What is troubling is that there was confusion and lack of clarity from Zimsec on the syllabi. Even the teachers were at sea in terms of what areas the students were going to be examined on, so the students just became guinea pigs.

“The syllabus was not clear on how the papers were going to be structured. Please, for the future examinations, the syllabi have to be clear.  Teachers have been very clear, we don’t want to victimise these children.”

Contacted for comment, former education minister David Coltart said education was one of the sectors that President Emmerson Mnangagwa had promised to address but unfortunately it has continued to deteriorate.

“Inadequate resources have been allocated to the education sector, it is not a priority to the government,” he said.

Newer Post
DA to approach the ICC over human rights violations in Zimbabwe if Ramaphosa fails to act
Older Post
It is easier for a ‘hooligan’ to enter the kingdom of God, than an oppressive leader