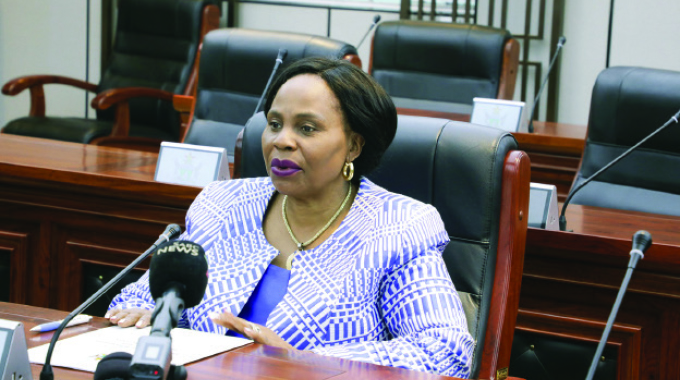 Nearly 570 low-cost housing units have been constructed in the first quarter of this year, in a clear demonstration of Government’s determination to provide housing to citizens, despite the challenges posed by Covid-19 pandemic, Information, Publicity and Broadcasting Services Minister Monica Mutsvangwa said on Wednesday.

She said this during a post-Cabinet briefing.

“In housing delivery, a total of 569 housing units were constructed and completed out of a targeted 2 000 units for the quarter.

“The Covid-19-induced lockdown adversely affected the construction industry which was declared a non-essential service during the beginning of the year,” said Minister Mutsvangwa.

Housing delivery is one of the 14 national priority areas in the National Development Strategy (NDS1), which seeks to ensure that the country attains an upper middle class economy in line with Vision 2030.

NDS1 envisions the delivery of 220 000 housing units by 2023 and Government is pushing for the use of alternative technologies to fast-track the construction of houses.

Zimbabwe has a housing backlog of about 2 million units and Government has prioritised construction of affordable houses for the people, particularly those in the low income bracket.

“We are receiving a lot of support from the private sector so we have now restructured our strategy in terms of the housing that is financed through Treasury,” he said.

“The Treasury mandate will now focus primarily on civil servants and those citizens that are on the lower echelons of our economic structure.

“The private sector initiative will be to the open market for anyone who can afford it. Already we have received $5 billion for social housing and our target is civil servants and people who cannot afford up market housing.”

Minister Garwe said increased participation by the private sector was crucial in the attainment of the set housing targets.

Recently, a Pan-African finance institution Shelter Afrique, extended lines of credit worth US$25 million that will see BancABC, National Building Society (NBS) and the Urban Development Corporation, fund the construction of 5 000 housing units.

NBS expects to channel its US$4 million towards the completion of 700 units in Harare and Mutare while Udcorp expects to complete 2 000 housing stands at the Knockmalloch Estate near Norton, which are 40 percent complete.

On its part, BancABC is targeting to build 2 000 new houses in the next three years, using funds from Shelter Afrique.

So far, 500 houses have been built in the initial phase.