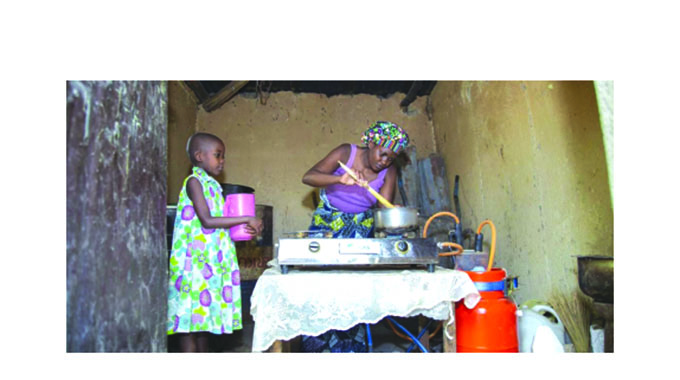 ZIMBABWEANS have used nearly 13 million kg of Liquefied Petroleum Gas (LPG) in the first three months of the year up from 11 million kg consumed over the same period last year.

According to the Zimbabwe Energy Regulatory Authority (Zera), the increase reflects a growing appetite for cleaner and cheaper energy among local consumers.

Zimbabwe consumed only 1 million kg of LPG at the beginning of 2016.

Zera board chair Dr David Madzikanda told The Sunday Mail that an increasing number of people were using LP gas for heating, cooking and lighting. “The sector has matured over the years as evidenced by the imports and consumption trends in the country,” he said.

“The product is used mainly for cooking, heating and lighting. As the regulator, we intend to introduce a raft of new measures to ensure the sector is attractive to investors, safe and conforming to regulations, standards and codes.”

Consumption is expected to increase as the country enters the winter season where demand for energy usually peaks.

Dr Madzikanda said a lot needs to be done to properly regulate the LPG sector because most retailers are operating outside standard rules and procedures.

“The LPG sector requires some urgent revamping and enhanced regulation given the flammability of the product and issues of quality and prices,” he said.

“Remember, LPG is increasingly becoming the energy of the majority for lighting, cooking and heating. So, we need to strengthen that space.”

The country will save in excess of 104MW of electricity if the majority of power consumers switch to gas for cooking and heating, according to the regulator