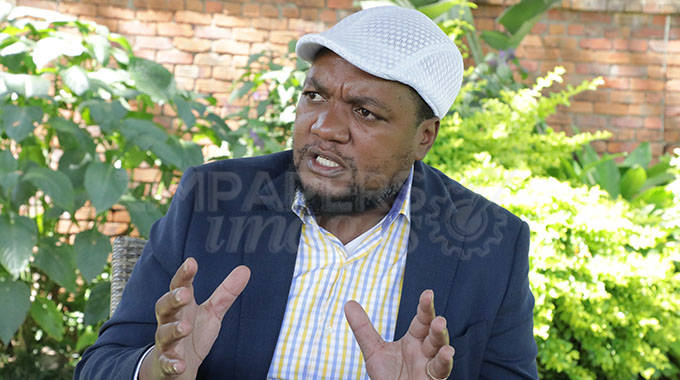 Mr Sampa, who was in Harare for the Africa Cup of Nations qualifier between the Warriors and Chipolopolo of Zambia played on Monday night, told The Herald yesterday before his departure that he had learnt a couple of things which he will try to implement back home.

“My experiences for the two days I have been in Harare are that Harare and Lusaka are not even sister cities, but we are twin sisters,” he said.

“My friend in primary school was a gentleman called Tendai and I find Tendai is a common name here.

“In terms of the council, I paid a courtesy call on the acting mayor (Councillor Mutizwa) yesterday (Tuesday) at the Chambers and I looked to see the similarities, what are we doing right as councils of the two cities and what are our challenges.”

Mr Sampa said he realised that unlike Lusaka, Harare was an organised city.

He said back in the 1800s, Lusaka was a farm and it has been developing gradually since then.

“In Harare, the roads are parallel and it shows it is well planned,” said Mr Sampa. “I also learnt on solid waste management. Lusaka’s population has grown

from a population of less than 5 000 at independence in 1964 to over three million people now.

“So, we have challenges of solid waste collecting and disposing of the waste, we also have challenges of housing and traffic congestion because the economy has grown and many people have cars. Here, I saw that you have parkades, so I spoke with acting mayor Mutizwa on that.

“In Lusaka, we have small pockets of land and we will try that on Cairo Road. I am glad we have picked up the idea.”

Mr Sampa said an adage in the Bemba language back in his country that is loosely translated to say, “a child that does not visit only knows the mother’s cooking”, was true to him too since he learnt a lot from the visit to Harare.

“My visit here has exposed me to see how they are running the city and to see also how the garbage is disposed of,” he said.

Mr Sampa called for a culture change among citizens, particularly of throwing litter all over the place, despite awareness campaigns by responsible authorities.