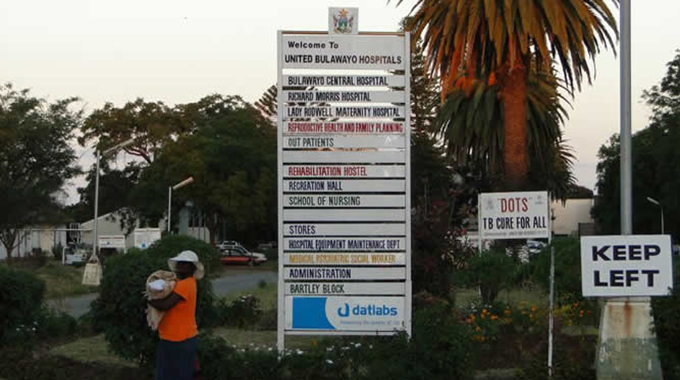 Vusumuzi Dube, Senior Reporter
THE family of three children who passed away under mysterious circumstances while in the back of a single cab Nissan SE pickup truck that was stuck in the mud as their parents battled to free the vehicle from the mud have cried foul over the treatment they received from police and health officials.

The tragedy occurred last Saturday at around 11pm while the family was travelling to Bulawayo from their rural home in Nyamandlovu. Mr Algernon Aaron Moyo (63) and his wife, Thenjiwe (45), had just collected their children, Aquilla (10) and Thelma (6), both pupils at Mthombowesizwe Primary School in Entumbane, as well as Shantel (2) in preparation for schools opening.

Relatives to the deceased have, however, alleged neglect from police, health officials and funeral parlour attendants on the days leading up to the eventual burial of the three siblings in Mtshabezi, Gwanda District on Tuesday. Narrating their ordeal yesterday, the late siblings’ aunt, Ms Nozizwe Moyo claimed their nightmare started at the United Bulawayo Hospitals (UBH), when a police officer stationed at the hospital demanded a payment of US$300 for a post-mortem to be done on the deceased.

“Initially the police at Luveve Police Station directed us to Mpilo Hospital before we were later told we had to go to the United Bulawayo Hospitals (UBH).

“At UBH we had a tough time as we were told that mortuary was full hence, they could not accommodate the children. We then had to go with the children to a private funeral parlour.

“On Monday we went back to the hospital in anticipation of the autopsy, it is then that a police officer (name withheld) stationed at the hospital told us that we had to pay US$300 for him to get a pathologist to perform the procedure. The funny part is when we told him that we have US$100 only he immediately took the money, claiming it was enough,” said Ms Moyo.

“You might think our ordeal will end there but that wasn’t to be. The doctor (name withheld) did not do a thing; he did not even operate the bodies to conduct the post-mortem. He actually just looked at the bodies and noted that the cause of the deaths was suffocation through smoke inhalation.

“Even the funeral parlour attendants can testify to this effect because they even asked us how the autopsy was conducted because there were no signs of operations on the bodies.

“We might not be educated but we understand that the basics of an autopsy entail the bodies being operated on,” said Ms Moyo.

She said as a family while they were devastated at the loss of their children, they felt they did not get the deserved services in their time of mourning and the relevant officials should investigate the matter.

“All we want is justice, people cannot take advantage of our grieving to illtreat us like the way they did, something is amiss with this whole system and should be addressed.

“We are ready to avail ourselves for any investigation because this should not be allowed to go unabated,” said Ms Moyo.

Contacted for comment, UBH acting chief executive officer Dr Narcisius Dzvanga confirmed receiving the complaint from the family, adding that their major hindrance was that they had been operating without a pathologist for the past two months.

“The issue is our resident pathologist took 90 days leave about two months ago, which means we were left with none as the other Cuban pathologist was seconded to Mpilo.

“However, we managed to recall our resident pathologist on Friday and she is now back at work to help reduce the backlog,” said Dr Dzvanga.