Luveve residents hit back at BCC 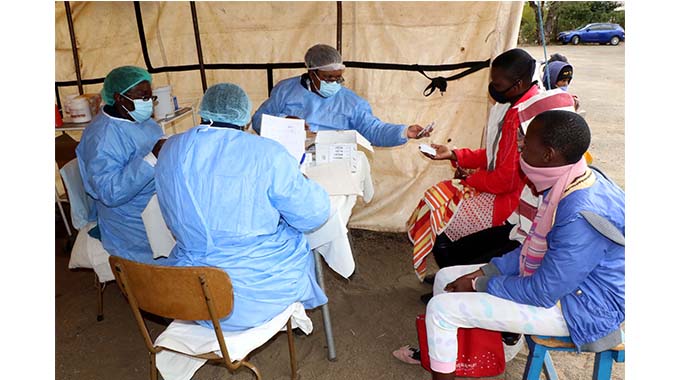 Vusumuzi Dube, Senior Municipal Reporter
RESIDENTs in Luveve, Bulawayo have castigated the city council for claiming that typhoid and dysentery that recently hit the suburb has now being contained, with fewer cases being recorded in the past couple of weeks.

The city was hit by the outbreak of the diarrhoeal diseases during the two months which has seen 13 people succumb to the water-borne diseases after 2 000 cases were reported. The local authority blamed the outbreak on obsolete infrastructure and residents’ failure to disinfect their water storage containers.

Two weeks ago, the local authority’s director of health service, Dr Edwin Sibanda said the number of those that were being affected was now gradually going down with the Minister of Local Government and Public Works, Cde July Moyo also confirming the city was now containing the outbreak.

However, Luveve residents have hit back at the local authority claiming BCC was not being sincere pertaining the outbreak.

Bulawayo Progressive Residents Association Luveve chairperson, Mr Ndaba Ngoma claimed as a starting point the local authority was not being honest about the figures of those that were affected and those that had succumbed to the outbreak. He said as residents they kept their own record book of all the cases and deaths which did not tally with what was being claimed by BCC.

“Our books clearly state that 18 people died from this outbreak, even the local councillor is aware of this, we wonder why council is sticking to this 13, they can come to us and we will show them the figures and even take them to the families that lost their loved ones. My belief is that for this outbreak to be effectively handled there is need for transparency in this whole issue starting with the figures of those who were affected,” said Mr Ngoma.

On whether the disease has now been contained, the residents’ chairperson said it was difficult to tell because a majority of the residents were experiencing side-effects of the original illness.

“I know of a man who has failed to go to work for the past two months due to this outbreak, another 20-year-old man is struggling to excrete and has had doctors puncture a hole to the intestines to enable him to defecate.

“It is sad, of which our fear is that more people are not approaching the health authorities to seek medical attention hence there is need for council to take a more hands-on approach rather than rushing to claim they are containing the outbreak,” said Mr Ngoma.

A couple of weeks ago BPRA filed a class-action civil suit with the High Court suing the local authority for failing to provide safe water for consumption as required by the Urban Councils Act of Zimbabwe. The residents argued the local authority supplied the plaintiffs and residents with water contaminated with faecal matter, coliform bacteria and water that was visibly discoloured, mixed with solids, odoriferous and clearly unfit for human consumption.