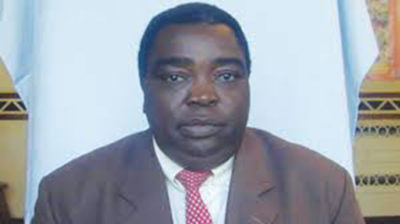 Maphosa said the case required a deterrent sentence, adding that a fine or community service would trivialise a “very serious offence”.

She said there was an outcry from society in the “catch-and-release attitude”, particularly in cases of corruption involving public officials.

“Corruption cannot continue to be handled with kids gloves,” she ruled.

“As (senior) public office holders, you took 1 000 stands and unduly gave them to a friend at the expense of the community that was supposed to benefit from a national housing programme.”

Soon after the ruling, the duo’s lawyer Alec Muchadehama indicated that he would appeal against both conviction and sentence.

The State case was that Machaya (68) and Chibururu (50) fraudulently acquired stands in the Mapfungautsi residential area of Gokwe.

The court heard that sometime in 2013, the Gokwe Town Council requested for 3 000 residential stands around Mapfungautsi Extension from the Local Government ministry and the request was granted.

Machaya, as chairperson of the provincial lands committee made a request of commonage allocation from the 3 000 stands, which entitled him to receive 10% of the allocated stands in line with the commonage law.

The State further said Machaya demanded 1 791 residential stands and handed them to a private developer, Striations World Marketing Property Developers, to service without going to tender.

He then sold 1 185 of the stands and pocketed the money.