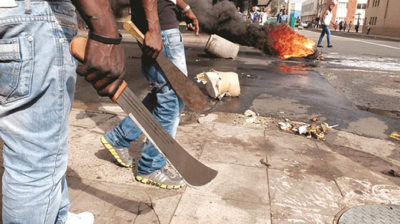 Witness Makuni (34) and Mustafa Sitayela (35) will, however, serve seven years and two months after the magistrate conditionally suspended part of their sentences.

Prosecutor Vincent Marunya told the court that from February to March 2020, the convicts pounced on Shamva residents wielding machetes. They assaulted and robbed them of valuables, including farming inputs, laptops and money.

Sitayela was arrested on March 8 while panning for gold in Shamva. He was charged with six counts of assault and robbery and he implicated Makuni.