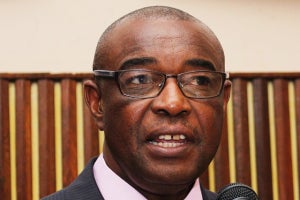 ZIMBABWE National Road Administration (Zinara) chairperson Michael Madanha is in the eye of another storm after he allegedly handpicked a security company owned by cronies to man tollgates across the country, ignoring an existing bidder that won the tender after being approved by the Procurement Regulatory Authority of Zimbabwe (PRAZ).

According to documents in possession of NewsDay Weekender, two security companies, Modern Security and Real Star Security Company, participated in the bidding process and won the tender to offer security services at Zinara this year.

However, the Madanha-led Zinara board allegedly disregarded the procurement process and ordered acting chief executive officer Suston Muzenda to engage the Ex-Combatants Security Services for a one-year contract without due process.

A highly-placed source told NewsDay Weekender that a board resolution was done to legitimise the “criminal offence” after the security company had already started work at the Zinara head office and all tollgates.

“A board resolution that was chaired by Madanha was done to legitimise the offence, but it was way after the security company had started giving its services to Zinara,” the source said.

Contacted for comment, Madanha did not deny the illegality, but said the board had only given the company a one-year contract while finalising the engagement of new tender winners.

“I am not part of that security company, but what I know about that company is that it was contracted before and its contract had expired. We only gave them a one-year extension on their contract, which expired, but we are still to engage those who won the tender,” he said.

Madanha also denied the allegations that he is a director in Ex-Combatants Security Services, saying he does not know any member of that security firm or the directorship of that company.

“I do not know anyone or the directorship of the company, but you can contact the management.
They may assist you. Some of the things are done at management level. As you can see, I am currently at home right now and not at work,” Madanha told NewsDay Weekender recently.

PRAZ chief executive Nyasha Chizu said although he does not have enough information about Zinara engaging another company in place of tender winners Modern Security and Real Star Security Company, he said if such an incident happened, the procedure for dealing with such issues was provided for in sections that criminalise methods of procurement could have been violated.

“I don’t have information on that account, but section 16 of the Act forbids ministers and their deputies, permanent secretaries and board members to issue directives on procuring entities to heads of parastatals,” Chizu said.

“However, we do not have information on such directives. If such procedures or incidents happened, the procedures for dealing with such issues is provided for in the same subsection of the same provision and section 94 criminalises use of procurement methods not provided by the act.”

According to the source, Ex-Combatants Security has deployed 50 security guards at Beitbridge Border Post alone, a place that in the past operated with only four guards.

The move, according to the sources, was done to boost their earnings.

At the Zinara head office, it is reported there were between 16 and 25 security guards manning the station, again to increase the bill.

The source added PRAZ wrote a letter to Zinara warning them to abide by the procurement Act, saying the move was tantamount to criminal abuse of office.

Chizu, however, could not confirm the letter, saying he needed to check with his office.