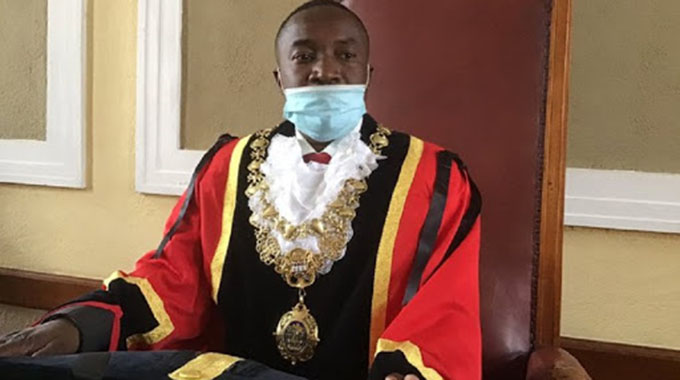 Mafume immediately took the oath of office to replace Clr Herbert Gomba, who was recalled by the MDC-T party from council recently.

Clr Mafume is from the People’s Democratic Party led by Mr Tendai Biti, but was elected into council under the MDC-Alliance coalition banner.

In his acceptance speech, Clr Mafume thanked fellow councillors for bestowing faith in him.

“We will try to work together and I hope there will be stability at Town House,” he said. “What we should focus on is to get the work at hand done.”

Harare has been led by MDC councils since the turn of the millennium, but has been characterised by poor service delivery and massive corruption which has seen unplanned and illegal settlements sprouting all over the city.

A number of MDC-Alliance councillors are in court facing charges of corruption after parcelling out land, sometimes working with city workers some of whom are also before the courts.

Mr Mafume is a practising lawyer and was educated at the University of Zimbabwe.

Newer Post
Outrage over steep hike in shop licence fees
Older Post
Why are elephants dying? The race to solve the mystery of mass die-offs