Magaya: We stand by our story 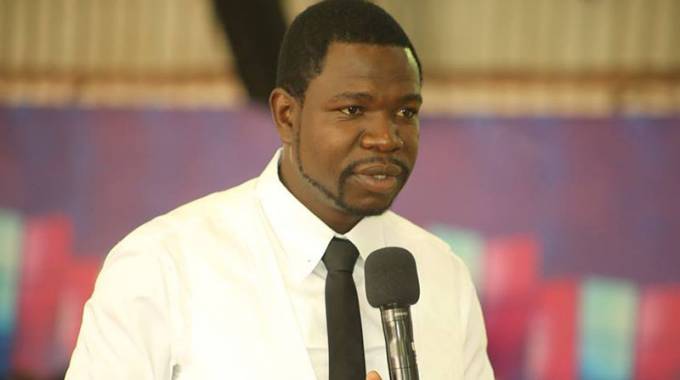 The Sunday Mail stands by its story published last week, “Magaya bombshell. Yes, he abused us”, in which Charity Dlodlo and Sarah Maruta made startling revelations against Prophet Walter Magaya.

Several women have come forward in the past week to make similar sexual allegations whilst others were still weighing the options of coming out.

Some were alleging that they remain vulnerable if they come out as the police has taken time to investigate the sexual allegations. And in some instances, they said dockets have gone missing.

When reached for comment Assistant Commissioner Paul Nyathi, the police spokesperson said he would need to speak to relevant police stations first, saying he would do so during the course of this week.

On the other hand, questions sent to the spokesperson for Magaya and PHD Admire Mango, were also not responded to. He was not picking his calls.

The Sunday Mail last week gave prophet Magaya the right of reply but the offer was not taken up. Within hours of this publication hitting the streets last Sunday, Sarah Maruta was trending on social media, in a video in which she insinuated that she had been coerced by this publication to make sexual allegations against Prophet Walter Magaya.

She even said some of the words that she said in the interview were put into her mouth by this publication. However, The Sunday Mail stands by its story, the women voluntarily came to the Sunday Mail newsroom and narrated their ordeal.

A caretaker at the house said Magaya was no longer staying there. If words were put into her mouth, as she alleges, how did The Sunday Mail know of the existence of the Borrowdale address, or that Magaya used to stay there?

Charity Dlodlo, the first one to come to The Sunday Mail newsroom and volunteer information on allegations of sexual harassment against Magaya, appeared on social media on Friday apologising to Magaya, for soiling his name.

She apologised for “soiling his name” and never said what she had alleged was false.

The somersaults by the two, Sarah Maruta and Charity Dlodlo, had the same fingerprints as the denial by Chenai Maenzanise, a weekend earlier, in which she refuted the allegations that had been made by her mother, that she had been sexually abused by Magaya, resulting in a baby being born.

In the rebuttal video, Chenai she said she was happily married — and had not been raped at any time by Magaya.

The move by the Maenzanise parents had emboldened women across the divide who have allegations of a sexual nature against the prophet.

It is against this background and in the aftermath of the Dlodlo and Maruta exposes that more women were keen on narrating their sexual ordeals at the hands of the prophet.

They said they were only holding on because of fears for their personal security, as the “royal guards”, a grouping of security personnel for the prophet, have a reputation for eliminating “enemies” of the prophet.

Even former church members, some of them male, are prepared to volunteer inside information about the sexual allegations against the prophet.

The Sunday Mail was inundated with calls and visits by some of them.

While some are considering their personal security, others said they were pulling together credible evidence which they said would stand in a court of law.

One of the girls, alleged to have had a four-some with the prophet, refused to go on record, arguing that this would destroy her “marriage”.

But as Sarah narrated in the unsolicited three-hour interview she had with this publication on July 4, she said it was  common practice by the prophet to arrange marriages for girls that he would have sexually abused.

Mostly unknown to the girl, the “husband” from the church would have been given money by the prophet for lobola as well as for upkeep, to keep the girl on a leash as well as to buy her silence.

Sarah told this paper that Chenai Maenzanise could have been paid off by Magaya to shame her own mother.

What baffled the mind, though, is that she made her Sunday somersault fully aware that she had been recorded the previous Thursday by The Sunday Mail. Was she threatened into making the rebuttal video? Was she paid off? Only she can answer these questions.

When The Sunday Mail released its version of recording in mid-week, the court of public opinion was divided, with the majority saying the prophet had failed the moral test, as his standing, socially and spiritually, precluded him from having conjugal liaisons with his flock.

Others, most of them women, dismissed the rape allegations by Sarah Maruta, arguing that she was nothing but an extortionist. Others sat on the fence, waiting for the justice system to move into motion.

But Dlodlo claimed that she had laid several police charges against the man-of-cloth, and the dockets had mysteriously disappeared. She even moved from making her reports at Waterfalls police station to Harare Central police station, in the hope that justice will be delivered but to no avail.

Even Maruta claimed that when she approached the Law and Order police officers, she found out later that the police were siding with the prophet and persuaded her to settle out-of-court.

She claimed that she even went to Parirenyatwa Hospital with the police officers, as they wanted to verify her forced abortion story.

At the hospital, the accountant who attended to them said he was puzzled why Maruta had incurred “theatre fees” when she had been admitted as an attempted suicide patient.

She claimed she went to the hospital with the officers because she was getting SMS’ from the hospital asking her to pay off the hospital bills that she had accrued when she had been admitted there.

When the police officers demanded the hospital bill statements,the accountant refused, saying the hospital could only release them if they brought a warrant from the magistrate’s court.

For her part, Dlodlo claimed that after making reports against Magaya to the police, she started receiving death threats, and she took one of the “royal guards” to court on charges of intimidation.

She lost the court case, “because it was my word against his, and I didn’t have evidence to back up my claim that he had threatened me”.

Interestingly, when the second rape encounter occurred on Maruta, she claims she was asked to go to the house in Borrowdale, the same venue she had been raped previously, and she had the sense to carry on her some condoms.

Chipo Chakanyuka, Petronella Donhodzo, Angela Charakupa, Nomsa Ruvazhe, Charity Dlodlo and Sarah Maruta — at least these are the women who have come out in the open to allege that they were sexually abused.