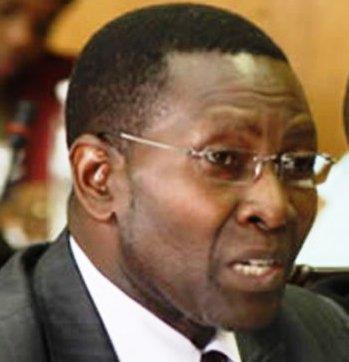 HARARE – The permanent secretary in the ministry of Local Government George Magosvongwe is set to be subpoenaed to compel him to release documents relating to the trial of former Cabinet minister Saviour Kasukuwere.

Kasukuwere’s trial could not kick off this week after his lawyer Thembinkosi Magwaliba formally applied for further particulars as per section 177 of the Criminal Procedure and Evidence Act.

He said while they were served with some of the documents that they had requested on Monday, upon perusal, they discovered they were incomplete and that a new charge sheet and State outline had been prepared.

“It is clear that the State did not give us the mandatory three days to prepare for trial.

“I submit that the particulars ought to be supplied before the commencement of trial and until such particulars have been supplied, the trial cannot proceed,” Magwaliba said.

The missing documents include minutes of meetings, a police entry diary and a due diligence report in relation to Shuvai Junior Gumbochuma’s land applications.

While denying amending the charge sheet, the State, represented by Zivanai Macharaga, said they were prepared to proceed to trial.

Macharaga said the due diligence report requested by the defence team does not exist.

He told the court that he has done everything in his power to ensure that the defence is provided with all the paperwork needed to prepare for trial.

“This is an effort to delay trial, again,” Macharaga said.

Harare magistrate Hosea Mujaya deferred the matter to November 21 to allow the State to subpoena Magosvongwe and allow the prosecutors and the defence counsel to meet on November 15.

Kasukuwere is facing four counts of criminal abuse of office.

His trial was supposed to commence on October 29 but did not after Magwaliba lodged an application for further particulars before trial.

Magwaliba has argued that there were discrepancies in the allegations being levelled against his client and that there were missing documents, which handicapped the
defence to adequately prepare for trial.