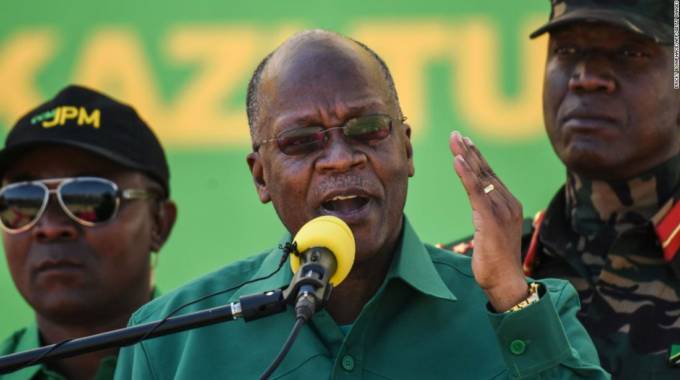 PRESIDENT Mnangagwa has described the late President of Tanzania, John Pombe Magufuli, as a dedicated Pan-Africanist who championed the removal of illegal sanctions imposed on Zimbabwe by the West.

President Magufuli succumbed to heart complications on Wednesday last week at the age of 61.

The President will today travel to the east African country where he will join fellow SADC leaders attending the funeral of the late Statesman ahead of his burial tomorrow.

“It was very sad news, it came as a huge shock to me personally because of my personal relationship with the late President Magufuli,” said President Mnangagwa.

“He was supportive of Zimbabwe.

“We have been under sanctions for two decades, but when he became SADC chairperson, he is the one who proposed that as the Sadc region, we must take a stand (against the sanctions).

“Under his chairmanship, 25 October was set aside as a day on each year that the bloc will protest against the sanctions and that they must be lifted by those who imposed them against us.”

In 2019, the Sadc Heads of State and Government summit in Dar es Salaam proclaimed October 25 as a day of solidarity with Zimbabwe against sanctions, with regional countries committing to hold events annually on the day in their respective countries, until the punitive measures are lifted.

The bloc’s secretariat was tasked to co-ordinate a regional drive, through its diplomatic channels, to exert pressure on the West to relent and remove the sanctions.

President Mnangagwa described President Magufuli as a great friend of Zimbabwe whose death will be felt throughout the region.

“He will be interred on Monday so I was called by my colleagues, the first colleague who called was the President of Mozambique (Filipe Nyusi) last night, so we are going to meet in Tanzania. Thereafter my brother (South African President) Cyril Ramaphosa also phoned and we agreed we will meet there.

“After that my brother (President of Botswana) Mokgweetsi Masisi phoned and we are going to meet there too.

“I’m expecting a call from (Namibian President) Hage Geingob and I think he is going to convey the same message. So I think most of the SADC Presidents will be in Dodoma on Monday.”

In a statement congratulating President Hassan, President Mnangagwa pledged his commitment to continuing to strengthen the bilateral relations between Zimbabwe and Tanzania.

“Your Excellency and dear sister, as you assume this important office, allow me to note with satisfaction the excellent long-standing relations that exist between our two countries which were born during the days of our struggle for liberation and self-determination,” he said.

“Let me assure you of my unwavering commitment to continue working with you to further strengthen and broaden these excellent relations for the mutual benefit of our two countries and peoples.

“I also wish to assure you of my readiness to work with you in our regional organisation, SADC, to enhance regional integration, and the African Union to achieve the goals of our Agenda 2063, and other multilateral fora for peace, security and development.”

President Mnangagwa wished President Hassan good personal health and success as well as peace and prosperity for the people of Tanzania.

President Hassan yesterday led the country in paying their last respect to the late President Magufuli.

She was joined by thousands of mourners who will continue paying their last respects until today. 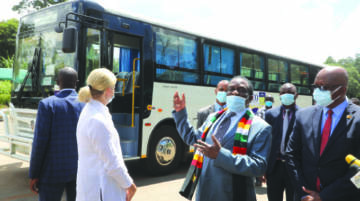 “It is huge, the last time the President came to the Zvishavane VTC, he asked if there was anything the Vocational Training Centre needed and we very much needed a bus so he said he would reach out to the private sector and today we have seen the handover of a much bigger bus which is really incredible,” she said.

“As His Excellency explained, they were able to purchase a high number for the country and the private sector then purchased this out of that fleet for our Vocational Training Centre and we are very grateful.

“The province actually doesn’t have a bus so this is going to allow not just for the VTC but for the Ministry to help the province, so its huge.”