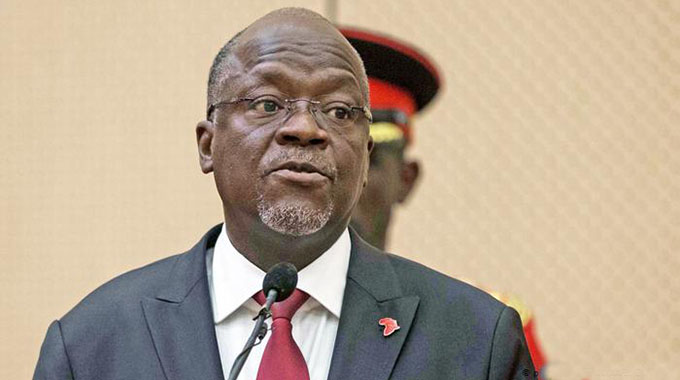 Dar es Salaam. — Tanzanian President John Magufuli on Wednesday said he will replace the would-be deputy Minister for Minerals, Mr Francis Ndulane, shortly after failing to accurately read the content of his oath of office during a swearing in function.

President Magufuli announced the decision at the Dodoma State House after swearing in 21 ministers and 22 deputies, excluding Mr Ndulane who couldn’t make it even after attempting three times.

President Magufuli said he would ask authorities to investigate whether the Member of Parliament had forged his academic certificates.

Chief Secretary John Kijazi who presided over the event directed Mr Ndulane to go back, get seated and relax in the drama that left everybody puzzled including President Magufuli.

Addressing the public later, Dr Magufuli said Mr Ndulane would be replaced with another appointment.

“I can see the Prime Minister looking at me carefully because together with him (Ndulane) they are the only MPs from Lindi in the cabinet,” he said.

He added, “We will look for someone who could properly read the documents entering his office and unveil whether there are forgeries.”

The Head of State congratulated the Kilwa North MP as he would continue serving as citizens’ representative, noting that however, his master’s degree in Science (Finance) will be investigated.

Earlier, deputy minister for Finance and Planning Mwanaidi Ali Khamis was forced to read her oath three times before making it after making errors of replacing the Swahili words for the Cabinet with the Revolutionary Council. — The Citizen.