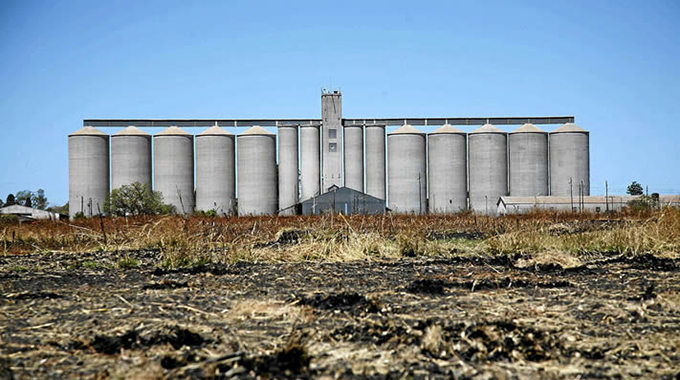 Judith Phiri, Sunday News Reporter
THE Grain Marketing Board (GMB) says it has received deliveries of 56 000 tonnes of maize and is anticipating the deliveries to reach 65 000 tonnes by the end of May, an increase from their projected 44  000 tonnes for the month of May.

In an interview on the sidelines of the Interactive Meeting between the Minister of Lands, Agriculture, Fisheries, Water and Rural Resettlement and Ministers of State for Provincial Affairs and Devolution on agriculture and land issues in Bulawayo on Friday, GMB chief executive Mr Rockie Mutenha said they were amazed at how the deliveries had surpassed their projected 44 000 tonnes of maize for the month of May.

He said in terms of payments GMB was spot on and the value of the crop that they had received so far was about $2,89 billion, while Treasury had already given them $2 billion. Mr Mutenha said the ban on import of maize was a welcome move as the country was expecting 2,7 million tonnes of maize, while GMB alone was expecting to buy 1,8 million tonnes.

“You can only import what is necessary, what you do not have. The country is expecting 2,7 million metric tonnes of maize and as GMB alone we are expecting to buy 1,8 million metric tonnes of maize. Maize has already started coming and we have no doubt that we will reach that target. Hence, there is no need to waste resources to import what we already have,” said Mr Mutenha.

Mr Mutenha added: “Another issue about importing maize is that the country will be exporting foreign currency which we must redirect to other projects, we have got roads that need repairs, retooling that is needed in our industries. So, there is no need to import maize when we are expecting 1,8 million metric tonnes through the GMB and this is why the Agricultural Marketing Authority (Ama) has suspended or stopped the importation of maize.”

In terms of maize transportation for farmers, he said they were aware that there is a big crop coming and they had contracted adequate trucks to transport maize from the collection points to the depots.

With regards to mobile depots, he said they were likely to be increased based on the demand. GMB established over 1 400 collection and buying points countrywide.

“We put in security to look after the collection points and from time to time we take the maize to the depot. A buying point is where we agree with the community to bring their maize at a particular place on a certain day and they load certain tonnes which are then taken to the depot. There will be no need to bring in grain bags and keep them there for some time as the maize is taken straight to the depot,” said Mr Mutenha.

Zimbabwe expects a bumper harvest of more than 3,1 million tonnes of maize this season, and a surplus of 1,2 million tonnes after local demand is met.