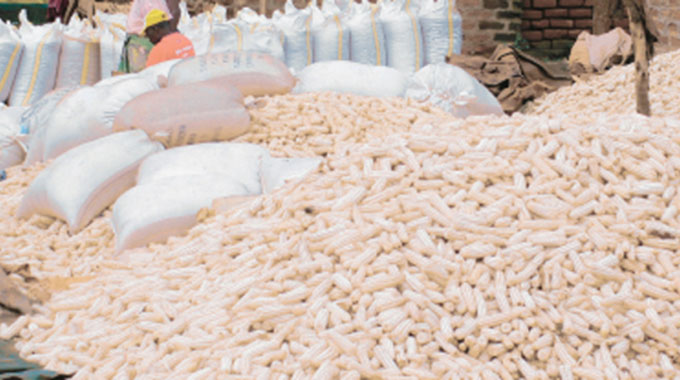 GOVERNMENT has kept the maize producer price at $32 000 per tonne, with Finance minister Mthuli Ncube pledging to provide $60 billion to the Grain Marketing Board (GMB) to enable the parastatal to pay for this year’s grain deliveries.

This was revealed by GMB chief executive Rockie Mutenha yesterday during  a virtual meeting with the Parliamentary Portfolio Committee on Lands and Agriculture chaired by Gokwe Nembudziya MP Justice Mayor Wadyajena.

Mutenha said the maize producer price would remain pegged at $32 000 per tonne which obtained at the tail end of the last marketing
season.

“Treasury has made a commitment to pay $60 billion towards farmer payments.  These payments will be done electronically at depot level,” Mutenha said.

“Payments are going to be deposited at banks through the GMB farmers’ card system. GMB will submit weekly cash projects.

“Farmers are to be paid within 72 hours of making deliveries to the depot and within seven days after delivering their maize through the collection points,” he said.

Mutenha said farmers will be paid in local currency since the GMB does not export grain.

Zimbabwe is expecting a bumper harvest of more than 3,1 million metric tonnes of maize this season.

“We have also purchased empty bags to give to our farmers. We have a thousand moisture meters on all our 87 depots. We need more moisture meters because we will be establishing several collection points,” he said.