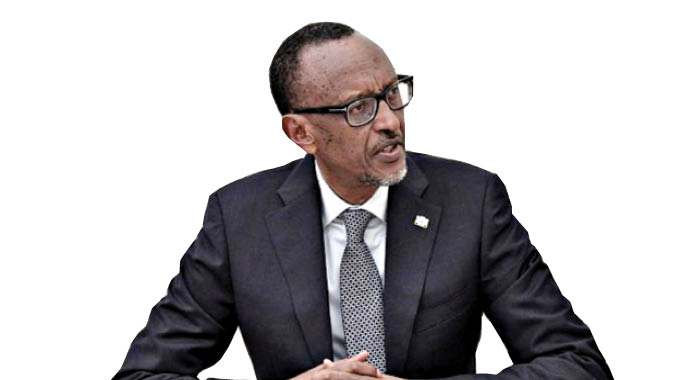 IN a major diplomatic coup for Zimbabwe, Rwanda’s President Paul Kagame took the country’s anti-sanctions lobby to leaders of the world’s most powerful nations that convened for the Group of Seven (G7) summit in France last week.

The G7 is made up of the United States, United Kingdom, France, Italy, Germany, Japan and Canada. President Kagame attended the G7 summit after receiving a special invitation as the immediate past chairperson of the African Union.

President Mnangagwa and President Kagame met for bilateral talks on the sidelines of the Tokyo International Conference on African Development (TICAD) summit in Japan.

In an interview with journalists on Friday, President Mnangagwa said President Kagame had briefed him that he had “pleaded” with the G7 countries on the need to lift sanctions against Zimbabwe.

“In particular, with President Kagame we were discussing strategies to deal with the question of sanctions. At the last Sadc meeting in Dar es Salaam, Sadc made a resolution that we must together appeal to AU, so that when AU goes to the United Nations, they speak about the removal of sanctions,” said the President.

His Rwandan counterpart, President Mnangagwa said, is a worthy ally in Zimbabwe’s fight against the embargo.

“These are the areas we were discussing and the possibilities of success and attitudes of every single leader in G7 and how they look at Zimbabwe.”

The Head of State and Government said he shares a brotherly bond with President Kagame.

“With my brother Paul Kagame, it is a continuous exchange of views with regards to our respective situations in Africa,” he said.

President Mnangagwa told Japanese media here on Friday that Zimbabwe will continue the international fight against sanctions, which are limiting the country’s ability to access credit from international markets.

He said: “ZDERA constrains us. For the past 20 years we cannot access support from the IMF, World Bank, IFIs (international finance institutions). Those Bretton Woods institutions cannot extend any lines of credit to Zimbabwe. So we are surviving through our own domestic means. We are doing our best.

“We cannot bury our heads in the sand and blame the Bretton Woods institutions for not giving us credit.”

The anti-sanctions lobby continues to gain traction, as Sadc leaders recently resolved to reserve 25 October 2019 as a day when the 16-member states would conduct activities to jointly call for the “immediate” lifting of the embargo.

The position was communicated at the regional body’s 39th Ordinary Summit of the Sadc Heads of State and Government in Dar es Salaam, Tanzania. Relations between Harare and Kigali continue to deepen, especially under the new political administration.

Of late, there have been reciprocal visits between senior officials from the two countries. The country recently invited the chief executive officer of Rwanda Development Board (RDB), Ms Clare Akamanzi, to share experiences on how Zimbabwe can sustainably attract investments. Earlier this year, Ambassador Charles Musoni became Rwanda’s full-time envoy based in Harare.