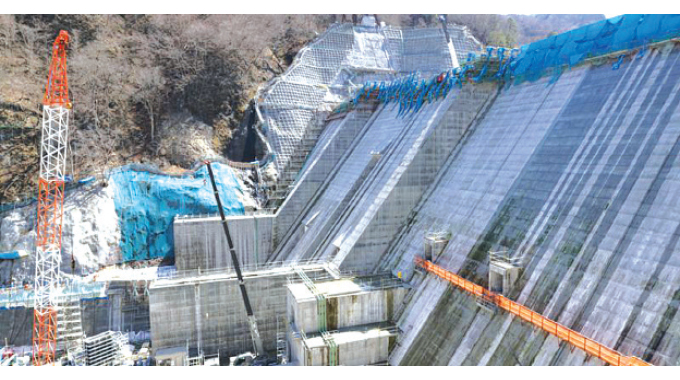 President Emmerson Mnangagwa was elected in 2018 on a ticket that promised to industrialise and modernise the economy, create jobs and improve living standards.

But all the odds were staked against him.

By then, the country was spending disproportionately more resources than it could generate, which resulted in a huge fiscal deficit.

For a country that was saddled with huge domestic and external debts, the new administration had its work cut out.

As had long been stated by experts, the economic indicators did not provide a stable and solid foundation to support industrial growth, job creation, modernisation and sustainable economic growth.

Bold and painful decisions had to be made.

The December 2018 Budget — aptly titled “Austerity for Prosperity” — was the first footstep of the long journey to recovering, restoring and growing the economy, but it resulted in a lot of upheaval, which was mistaken by sceptics as a continuation of pre-2017 economic decline.

The “Austerity to Prosperity” plan gave way to the 2020 Budget, which was themed “Gearing for Higher Productivity, Growth and Job Creation”.

The two budgets were guided by the over-arching economic blueprint — the Transitional Stabilisation Plan — which runs its full course next month.

Despite unprecedented headwinds — two-decade-old sanctions; the 2018/2019 drought that was regarded as the worst to affect the region in 40 years; Cyclone Idai in March last year, which was regarded as the worst weather calamity in the Southern Hemisphere; and this year’s coronavirus pandemic — the broader objectives of the reform exercise over the past two years have largely been met.

Exports shot up to US$3,5 billion in the January to September period this year, representing a 11 percent growth from US$3,2 billion in the same period last year.

Imports have also declined to US$3,2 billion from US$3,3 billion in the review period.

Overall, a current account surplus of US$1,2 billion is forecast by year-end.

Unlike before, Government has managed to mobilise local resources by generating $88 billion, which is 22 percent more than the $72 billion that it had initially targeted.

However, during the period, it only spent $85 billion, which means it is living within its means.

It also primes the 2021 Budget — the first implementation tool of the National Development Strategy 1 (NDS1) — to “Building Resilience and Sustainable Economic Recovery”.

In order to achieve the stated goals of re-industrialisation, modernisation and economic growth, Treasury has allocated $131 billion £ representing 5,5 percent of GDP — towards capital expenditures into projects to stimulate economic activity.

Of this amount, US$46 billion has been allocated to the Ministry of Lands, Agriculture, Water, Climate and Rural Resettlement for investment in other projects expected to produce food that will guarantee household and national food security, and raw materials for industry.

The sector supplies more than 60 percent of raw materials to the country’s agro-based economy.

Of the allocations, Government is spending big on irrigation projects to wean the sector from rain-fed agriculture and insulate it from the vagaries of climate change, with $3,9 billion allocated to irrigation revitalisation and expansion programmes.

This is part of an aggressive plan to put 350 000 hectares under irrigation within the next five years, which will eliminate exports.

More than $700 million will be sunk in the Zhove irrigation project in Matabeleland South that will support 600 households from the 2 500 hectares.

A2 farmers will be capacitated through irrigation equipment and funding.

A substantial amount — $487 million — has been set aside in furtherance of the ongoing exercise to increase production and productivity through mechanising agriculture.

Another US$200 million deal with US firm John Deere is being actively pursued, while another US$58 million facility has been concluded with Belarus to supply 800 units of farming equipment (including 474 tractors).

To ensure that farmers have the necessary support through extension services, $2 billion has been allocated to capacitate extension workers.

Recruitment of extension workers in Matabeleland provinces, which are short-staffed, is currently underway.

As Government builds capacity, employment opportunities are opening up as well.

Treasury has similarly allocated $5,3 billion towards livestock production and productivity, of which $577 million will go towards dipping chemicals.

It is envisaged that all the investments in agriculture will help Government significantly reduce the food import bill of US$800 million per annum.

Indications from the 2021 Budget show that Government will not let-up but step up road projects around the country, as $31,6 billion has been budgeted for the sub-sector.

While substantial resources would go towards completion of the Harare-Beitbridge road, US$1,7 billion will be channelled to the Department of Roads to decongest three main urban trunk roads — Mbudzi Roundabout, Lomagundi Road and Esigodini Road).

Other regional transport projects have been allocated $13 billion as well.

The upgrade of the country’s border posts will take up $1,5 billion of the budget.

Most importantly, financial closure on the agreement between Government and Zimborders Consortium for the US$200 million deal to modernise Beitbridge has been concluded, setting the stage for the programme to proceed with earnest.

And for the first time, $250 million has been set aside for work on Kunzvi Dam to begin, which is expected to supply water to Harare.

In addition, to make maximum use of the water bodies, $200 million has been reserved for water-use masterplans for the dams.

Small towns, which are likely to get additional support from the fiscus, are catered for.

Massive investments have been made in health.

The scope of these projects is immense, and they cover primary, secondary, tertiary institutions and universities.

Social security programmes that provide safety nets for the underprivileged have been resourced by $5,5 billion.

Zupco, which is angling to revive a vibrant mass public transport system, would be importing another 250 buses, while 500 would be manufactured locally.

Government’s decision to deliberately engage local contractors for all these envisaged projects, including promoting procurement of local goods, would likely lock in all these investments and stimulate local economic activity, which will have a multiplier effect.

The bold decisions that have been taken by Government over the past three years have become positively telling.

For example, while the Second Republic’s decision to legalise the production of cannabis was cynically derided in 2018, this year, exports in the sector are expected to top US$1,2 billion.

This can only be the result of visionary leadership.

It is, however, only hoped that the Whole of Government Approach, which is premised on co-ordinating efforts and tracking progress, results and performance across players, will implemented as envisaged and promised.

There is needed to build capacity for ministries, departments, agencies, including local authorities, to deliver on these ambitious people-focussed projects.

Overall, Zimbabwe, which is not receiving any financial support from international financial institutions, is putting its money where its mouth is, by walking the talk.