Makandiwa gold mine kidnappers in court 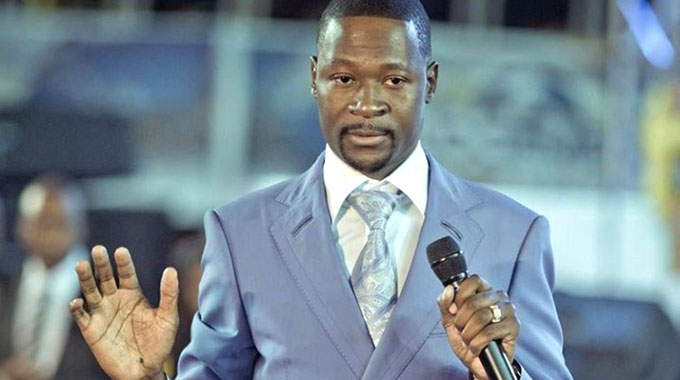 Herald Reporter
THE trial of five men accused of kidnapping villagers they accused of stealing gold ore at a mine believed to be owned by United Family International Church (UFIC) leader Prophet Emmanuel Makandiwa in Mutawatawa, has been set for March 18.

They are facing kidnapping charges.

Alternatively, the five will be charged with unlawful detention.

Appearing for the State,  prosecutor Mr Kelvin Munyimi alleged that the gang committed the offence on January 24 this year at Havilah Mine.

The five accused some villagers of stealing gold ore at Havilah Gold Mine. They took the villagers to Havilah Milling Plant where they locked them up in a small room around 1pm.

It is the State’s case that the five interrogated the suspects and severely assaulted them.

The said unlawful detention dragged for 23 hours until 12 noon the following day.

After release, the villagers were handed over to the police.

Police investigations later revealed the kidnapping and torture, leading to the arrest of the five.

The villagers in question were also employed at Havilah Mine, which is commonly known as “KwaMakandiwa”.

They were reportedly subjected to inhuman and degrading treatment involving battery, immersion in water and electrocution.

They were also allegedly beaten with rifle butts, batons and other objects.

The assailants in the matter — led by the mine’s security officer Garikai Murambidzi — claimed to be members of the Zimbabwe Republic Police’s Serious Frauds Section and later Central Intelligence Organisation (CIO), according to lawyers representing the victims.

In a letter to Police Commissioner-General Godwin Matanga dated February 14, 2019, the victims’ legal team from Harare firm, Chinawa Law Chambers, outlined the grave circumstances of the matter detailing how the assaults had taken place between January 24 and 25 this year.

“Our clients were warned that the assault would not stop and they would not be released but would be killed unless they admitted that they were the ones who had stolen Makandiwa’s gold,” reads the letter.

The lawyers say that the five, fearing for their lives, made confessions to their accusers but the case fell through after it went for due process.

“Our clients were detained at the police station from January 25-27. They were arraigned before the Mutawatawa Magistrates Court whereupon the State declined to prosecute the matter due to insufficient evidence,” said the lawyers.

“Our clients managed to identify one of the four men as Joseph Dzomba, a retired police officer who is now a personal bodyguard and security personnel for Prophet Makandiwa,” said the lawyers.