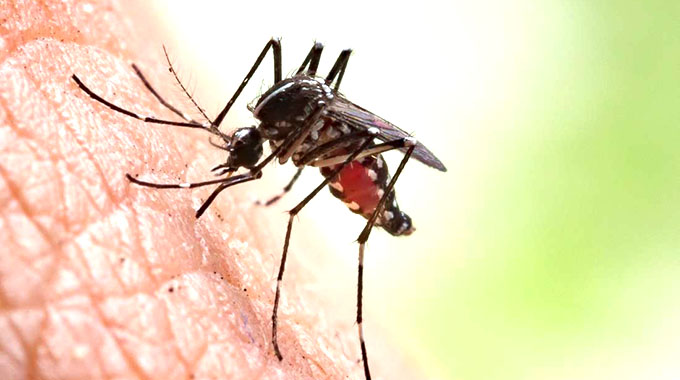 Roselyne Sachiti Features, Health & Society Editor
Malaria has been stalking many African countries for decades, with the disease killing thousands of people — children under five years being the most vulnerable.

According to the World Health Organisation (WHO), the WHO African Region carries a disproportionately high share of the global malaria burden.

In the same year, five countries accounted for nearly half of all malaria cases world- wide.

Africa had the highest burden, with four out of the five countries globally accounting for nearly half the malaria cases.

Children under five years are the most vulnerable group affected by malaria; in 2017, they accounted for 61 percent (266 000) of all malaria deaths worldwide, according to WHO.

Authored by 41 of the world’s leading experts, the new academic report shows that eradication is possible and could be achieved within a generation, and proposes solutions to the major operational, biological and financial challenges involved in reaching this goal.

The launch of the Lancet Commission’s report comes soon after the WHO Strategic Advisory Group on Malaria Eradication published an executive summary of its forthcoming report on malaria eradication.

Both reports emphasise that to reach eradication, there is an urgent need to significantly step up political will and financing, increase efficiencies through greater collaboration and better use of data, and invest in developing and expanding access to transformative life-saving tools and innovations.

Crucially, both reports demonstrate that experts from across the world agree they must continue the drive towards ending the disease within a generation because it will yield immense social and economic gains that far outweigh the costs associated with  eradication.

Malaria eradication is defined as the permanent reduction to zero of the worldwide incidence of malaria infection caused by human malaria parasites as a result of deliberate activities, according to WHO.

Countries that have achieved at least three consecutive years of zero local cases of malaria are eligible to apply for the WHO certification of malaria elimination.

In recent years, nine countries have been certified by the WHO Director-General as having eliminated malaria.

In response to the latest findings, the RBM Partnership to End Malaria said both reports reaffirm the RBM Partnership’s vision of a malaria-free world, outlining the priority actions required to ensure that ending malaria later this century remains an ambitious, yet achievable goal.

Dr Abdourahmane Diallo, CEO of the RBM Partnership to End Malaria, said: “Since 2000, global efforts against malaria have saved seven million lives from the disease and prevented more than a billion cases of malaria — and it is now thanks to this tremendous progress that we have the possibility of ending malaria within our lifetime.

The world must seize this opportunity and act upon calls to intensify efforts to reduce the misery and social and economic impacts inflicted by a disease that continues to claim more than 400 000 lives a year.

The next few years will be critical if the world is to have a fighting chance of eradicating malaria and achieving Sustainable Development Goals within a generation.

Calls from malaria experts must be heeded by stepping up the fight and pursuing the eradication goal with renewed  vigour.

In his commentary titled “The Malaria Eradication Challenge” in the new Lancet Report, director-general of the World Health Organisation, Dr Tedros Adhanom Ghebreyesus, said: “Eradicating malaria has been one of the ultimate public health goals for a century . . . the Commission makes a bold call for eradicating malaria by 2050.

“I would be thrilled to see this global scourge eradicated even earlier. But we will not achieve eradication within this timeframe with the currently available tools and approaches  . . .  the good news is that we, the global malaria community, know what we need to   do.”

With malaria being a headache for African countries, the Zimbabwean Government has not folded its hands, it has been working over the years to eliminate it.

The NMCP, set up in 2001, is the management arm of the Ministry of Health and Child Care (MoHCC), that coordinates malaria control interventions in the country.

In Zimbabwe, legislation, policies and guidelines have also played a pivotal role in the control and management of malaria.

This has seen the country implement malaria elimination activities in 20 out of the 47 malaria transmission districts.

On the African continent, young scientists have been carrying out several researches aimed at finding solutions that can end malaria.

“My research interests, partly covered by my current MARCAD fellowship, is to measure the transmission potential of resistant malaria vectors in the wild,” he said. “Application of Geographic Information System (GIS) tools to guide malaria control strategies and in simplified communication of science to policy makers, to enable evidence-based decision making.”