Malaria on rise in Zim 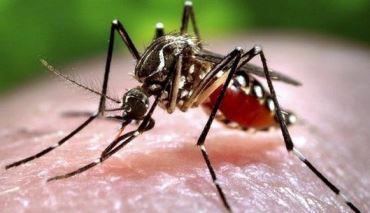 HARARE – Malaria is spreading rapidly in Zimbabwe, with more than an estimated 518 deaths in 2017, up from 231 a year before, the largest increase, the Health and Child Care ministry said.

Government officials reported a total of 5 997 malaria cases and five deaths for the week ending March 25.

The cumulative figures for malaria are 63 912 cases and 73 deaths, so far.

In its weekly surveillance report, the Health ministry said: “This comes as deaths from malaria in Zimbabwe last year outstripped 2016 figures amid indications that the number of people succumbing to the old age disease is still high.

Malaria, a life-threatening disease transmitted to people via mosquitoes, kills more than half million people a year globally, mainly infants in the poorest parts of sub-Saharan Africa.

Uncollected garbage due to local government budget cuts and a record amount of rainfall contributed to high cases of malaria.

Officials hope renewed action and boosted funding to fight malaria could prevent cases of the disease in the next five years and save thousands of lives across the country.

The United States government through USAid leads the Presidential Malaria Initiative in Zimbabwe that aims to reduce malaria deaths by half and works closely with the US Center for Disease Control. There are also activities that support the ministry of Health and Child Care’s National Malaria Control Programme.

At the same time total of 9 837 suspected common cold cases and three deaths were reported during the week ending March 25, 2018. The cumulative figures for common cold or influenza were 708 266 cases and five deaths, the ministry said.

Meanwhile, typhoid fever infection is also on the rise, with the Health ministry recording 4 140 suspected cases, with 165 cases confirmed and three deaths since the beginning of the year.

The cases have been confirmed in one of the oldest suburbs of Harare, Mbare, and in Marondera, among other areas.

The reported cases were attributed to an acute shortage of potable water in the affected communities, raising fears that the appalling state of drinking water may fuel the spread of the infectious disease.

In its weekly surveillance report, the Health ministry said: “One suspected typhoid case and no deaths were reported during the week ending 25 March 2018. The case was reported from Marondera District in Mashonaland East Province.

“The cumulative figures for typhoid are 4 140 suspected cases, 165 confirmed cases and three deaths.”