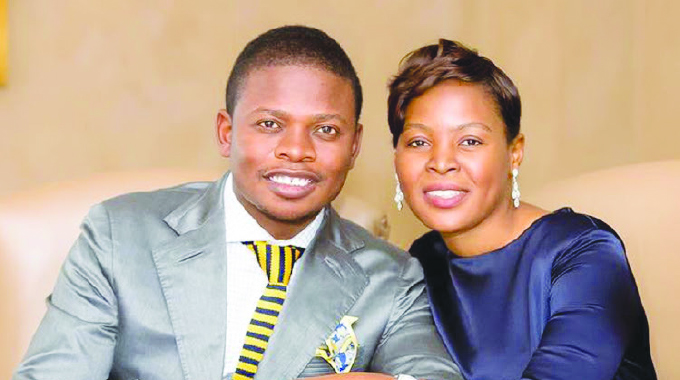 Prophet Bushiri and his wife Mary

LILONGWE. — A millionaire preacher wanted in South Africa on fraud and money-laundering charges was arrested in his native Malawi yesterday, police said.

Shepherd Bushiri, a self-proclaimed prophet known for “miracles” and an opulent lifestyle, skipped to Malawi last week in breach of strict bail conditions imposed by a South African court.

Malawian police launched a manhunt for the fugitive on Tuesday after Interpol issued an arrest warrant in Pretoria.

“The prophet and his wife handed themselves over to the police . . . (in Lilongwe on) Wednesday, November 18, 2020 when they got wind of their impending arrest,” police spokesperson James Kadadzera said in a statement.

He said the couple will be taken to court.

Bushiri’s spokesperson, Ephraim Nyondo, denied the couple’s arrest was sparked by the warrant.

He said Bushiri had vowed to present himself to the Malawi police to demonstrate “commitment that he is not a fugitive.”

“He is in Malawi to seek justice, which he believes he cannot be accorded in South Africa,” Nyondo said.

Bushiri, who made his wealth through donations from followers of his Enlightened Christian Gathering church in Pretoria, claims that he fears for his life in South Africa.

The mogul has huge investments in the mining, telecommunications and luxury sectors.

South African authorities, who are grappling to establish how he left that country, have initiated legal proceedings to secure his extradition.

Meanwhile, Bushiri has released a statement stating that by virtue of detailing the irregularities surrounding their case in Parliament on Tuesday, Home Affairs Minister Aaron Motsoaledi ventured into the merits of the pending criminal trial which has strengthened his contention that he and his wife, Mary, will not be treated   fairly.

He took issue with the mentioning of him and his wife being in possession of five passports each, explaining that this was the case as they were frequent travellers. — Xinhua.