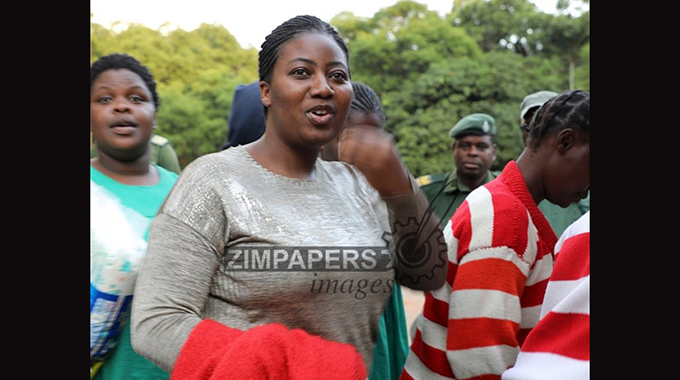 The High Court yesterday deferred to next week the hearing of the appeal by MDC-Alliance’s Joana Mamombe and Cecilia Chimbiri challenging the magistrates court’s recent decision to deny them bail on the grounds of changed circumstances.

The two are facing charges of violating Covid-19 lockdown regulations, and are struggling to get bail since the courts are saying they continue committing similar offences.

Last week, Harare magistrate Mr Dennis Mangosi refused to grant the pair bail, saying they committed the alleged offences while on bail over similar charges and releasing them would compromise the administration of justice.

They then took the matter to the High Court on appeal.

The hearing was set for yesterday before Justice Pisirayi Kwenda, but the matter was deferred to Monday next week, when the record of proceedings from the lower court is expected to be available.

Mamombe and Chimbiri are accused of violating Covid-19 regulations when they gathered for a press briefing at the Harare Magistrates Court.

Their trial on these latest charges has been set for May 5.

The bail application of MDC-A activist Makomborero Haruzivishe has also been postponed to next Wednesday.

He is seeking bail pending appeal against both conviction and a 14-month-jail term imposed on him for public violence and stoning police officers in central Harare last year when police were arresting illegal vendors.

Harare magistrate Mrs Judith Taruvinga sentenced Haruzivishe to 24 months in jail for incitement to cause public violence, but suspended 10 months on condition of good behaviour.

She imposed a 12-month-term on the charge of resisting a police officer, a charge arising from throwing stones at a constable, but suspended six months on condition of good behaviour.