Man attaches Air Namibia plane after being dumped from flight 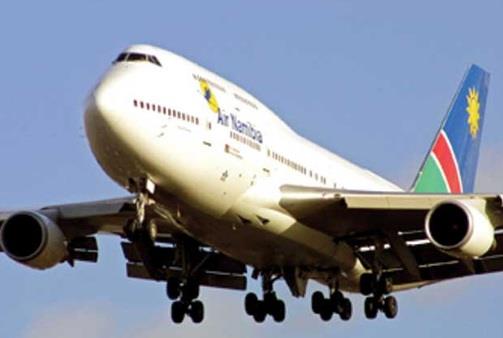 HARARE – High Court judge Tawanda Chitapi has dismissed an application by Air Namibia Proprietory Limited to stop the attachment of its plane and office equipment after a damages claim by a local family which was denied travel to Turkey by the airline’s officials.

Chitapi’s order, dated September 24, 2018, was granted after Chenjerai Mawumba, his wife Juliana Magombedze and their three minor children approached the court seeking an order to confirm the jurisdiction for the High Court of Zimbabwe in the family’s $1 million litigation against Air Namibia.

“Whereupon after reading documents filed of record it is ordered that: The Sheriff of the High Court or his lawful Deputy be and is hereby authorised and directed to attach any of the respondent’s (Air Namibia) movable property at its official address situate at number 202, Joina City, Harare and to impound any of the respondent’s airplanes situate in Zimbabwe in order to confirm and/or found the jurisdiction for the High Court of Zimbabwe and this order shall be his warrant to do so.

Air Namibia had challenged the decision, which Chitapi however, upheld.

“It is ordered that: the application be and is hereby dismissed with costs,” he said.

According to court papers, the family claims to have been unlawfully detained by Air Namibia officials before being deported back to Zimbabwe.

They further said they are now seeking an order to attach the airline’s property in Zimbabwe to satisfy their $1 million demand.

Chenjerai told the court that at the beginning of last year, he decided to fulfil a long-held dream to travel to Turkey on vacation with his family.

He then applied for visas, which application was granted. Pursuant to this development, Chenjerai made six night reservations for three rooms at the Sheraton Istanbul Atakoy Hotel at a total cost of $2 656, 13.

He further purchased five economy class air tickets to and from Istanbul for $4 138.

“On February 15, 2017, at the Robert Mugabe International Airport in Harare, we boarded an Air Namibia flight number SW374 bound for Windhoek in Namibia where we were meant to catch another of respondent’s flight that would eventually convey us to Turkey through Frankfurt, Germany,” he said, adding that on that day, they arrived in Windhoek, expecting to catch a flight that would take them to Europe.

“To our utter shock and consternation, we were advised by Air Namibia officials that we were not permitted to travel to Turkey as planned because of our Zimbabwean nationality. This communication was made in the most racist, arbitrary and extemporary fashion I have ever countenanced,” he said.
He also said the denial of access to board a flight to Europe was not done by Namibian and Turkish immigration authorities but by the airline officials.

“The decision to bar us from travelling to Turkey was not accompanied by any meaningful or lawful reasons and we were not permitted to make any representations to assert our freedom of movement,” he said.

He also said for the two days that they stayed at the airport before being deported to Zimbabwe, they were not offered accommodation or food and had to put up on airport benches.

“As if the humiliation and torture of not being allowed to proceed with our lawful journey was not enough, we were openly subjected to endless and disparaging remarks by the respondent’s officials on account of our Zimbabwean nationality,” Chenjerai said.

He said he later saw some communication to the effect that about 12 Zimbabweans had been barred from travelling to Turkey as they were suspected of trying to seek political asylum.

He also established that the airline had a policy of barring Zimbabweans and other nationalities access to Europe in a bid to save itself from paying fines imposed by Germany authorities for the conveyance of illegal passengers.

Chenjerai said, while the airline was aware of this policy, it still accepted his flight payments.

He said the applicants are entitled to $1 million in damages arising from pain, shock and suffering at the hands of the airline officials. He further sought permission to attach the airline’s property in Zimbabwe.