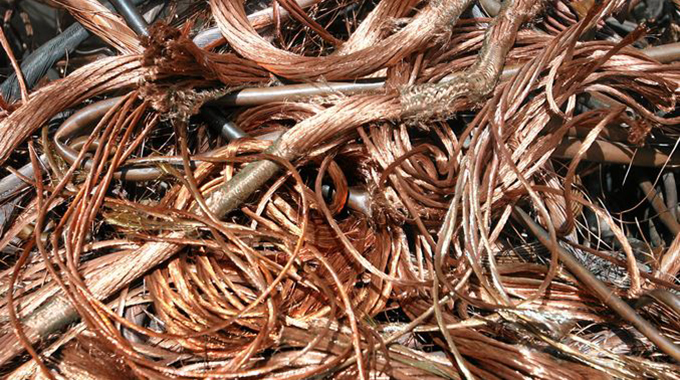 Runesu Gwidi in Chivi
A Chikombedzi man has been jailed 40 years for stealing TelOne copper cables in Mashava. Greatjoy Sibanda (34), of Makondo Village under Chief Sengwe, was convicted of digging up 14 metres of insulated underground copper cables worth $1 890.

Chivi magistrate Ms Perseverance Mukumba jailed Sibanda after convicting him of four counts of contravening the Posts and Telecommunications Act.
The Act outlaws wilful damage, interference with or theft of telephone lines and apparatus.

Sibanda was initially facing five counts, but the court withdrew one of the counts after plea.
Each of the four counts attracted 10 years behind bars. The court heard that TelOne had long suffered serious prejudice following a spate of theft of its underground copper cables.

Prosecutor Mr Nathan Zaranyika told the court that on June 5 this year at around 4am, Sibanda dug and removed 14 metres of underground insulated copper cables from the Mashava-King Mine TelOne telephone line.

He used a hacksaw to cut the cables interrupting faxes, telephone calls, among other services offered by the fixed telephone operator.

After removing the cables he took them to a secluded bush where he burnt it to remove the insulation intending to sell it.
A TelOne alarm in the mining town Mashava betrayed him after it rang while he was digging it out.

A police reaction group comprising detectives and the dog section swooped on him while he was still burning the cable to remove the insulation, leading to his arrest.
Police recovered the cable, a hacksaw and a satchel at the scene that were used in court as exhibits.