A MUTARE man lost his vehicle and some belongings after he was robbed by two machete-wielding gangsters on Friday. 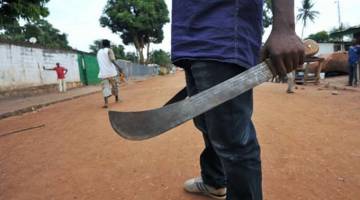 He said on November 6 at around 4pm, the complainant, Marshal Jujuwa, was at Dangamvura bus rank in Mutare when he was approached by two unknown persons who purported that they wanted to hire him.

The two said they wanted him to take them to Zimunya township after claiming that they wanted to see a prophet there.

At around 6pm when they were in Zimunya at a secluded place, the two armed robbers produced a machete before threatening to kill Jujuwa.

They tied his legs with electric cables and taped his mouth with an insulation tape.

The robbers then took his car keys, money and other belongings and drove away towards the Mutare-Masvingo Highway.

The complainant managed to untie himself before making a police report.

The two unknown assailants are still on the run.