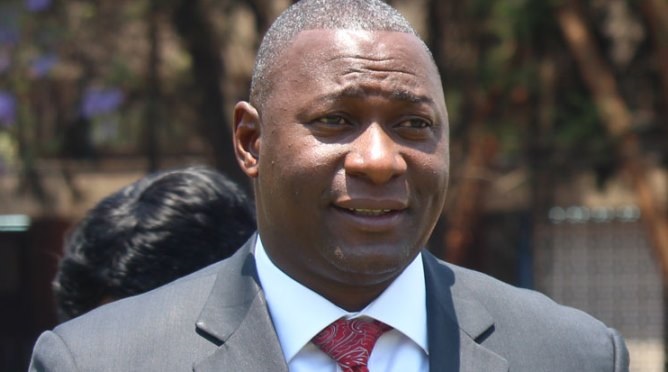 A HARARE magistrate has relaxed bail conditions for former Information and Technology minister Supa Mandiwanzira who is facing criminal abuse of office charges.

Mandiwanzira’s charges relate to his engagement of a South African company, Megawatt, to do consultancy work for NetOne and appointing his allegedly unqualified personal assistant to the Postal and Telecommunications Regulatory Authority (Potraz) board.

As part of bail conditions, Mandiwanzira was ordered to surrender his passport, report to Borrowdale Police Station twice a week, provide surety in the form of title deeds amounting to $100 000 and continue residing at his given address.

Regional magistrate Elijah Makomo ruled that Mandiwanzira reports once on the first Monday of each month.
Makomo, however, deferred ruling on Mandiwanzira’s application for the temporary release of his passport to enable him to travel to China on a business trip.

Mandiwanzira had offered to surrender an additional property worth $100 000 as surety in a bid to convince the courts that he does not intend to abscond trial if granted his application.
Makomo deferred the matter till after April 27 in anticipation that Mandiwanzira’s High Court application for review would have been set down.

The Nyanga South legislator lodged an appeal for review of a ruling in which Makomo dismissed his application for exception.
Through his lawyer Advocate Thembinkosi Magwaliba, Mandiwanzira had applied for the relaxation of his reporting conditions which he said are hindering him from effectively representing his constituency.

Prosecutor Michael Chakandida had opposed the application saying the State fears Mandiwanzira will skip trial if bail conditions are varied.

Chakandida argued that while individual cases had their merits, there was a growing trend amongst individuals who skip trial.
He drew parallels to the cases of other former Cabinet ministers Saviour Kasukuwere and Walter Mzembi who have skipped the court’s jurisdiction.