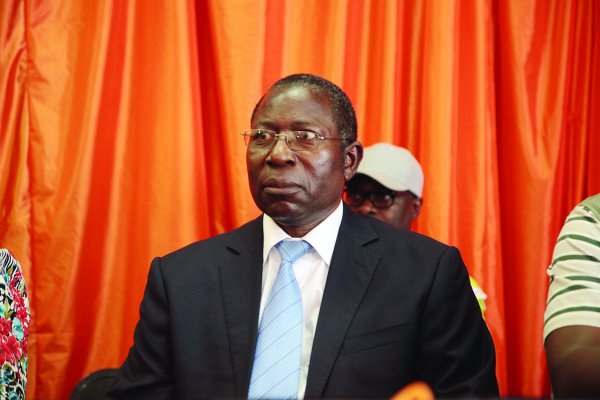 The trio was granted $1 000 bail each. As part of their bail conditions, they are each to reside at their given addresses, not to interfere with State witnesses and to surrender their passports with the clerk of court.

Chifamba was ordered to report once a week at CID Commercial Crimes Division, Mangoma at Marlborough Police Station and Mutasa at Borrowdale Police Station.

Allegations are that sometime in 2010, Choi Young of Techno Company, South Korea, met Mangoma at his offices in the capital and they agreed to enter into a technology transfer partnership between Zesa Enterprises and Techpro Company for the manufacture of switch gears.

It is alleged that Mangoma then instructed Mutasa to liaise with the South Korean firm with a view to establish a partnership in the form of a technology transfer agreement.

The State alleges that Mutasa wrote to the State Procurement Board seeking advice on the procedures to be followed in such partnerships, and he was advised to seek assistance from State Enterprises Restructuring Agency (SERA) on how to proceed.

It is also alleged that SERA advised Mutasa to prepare a memorandum which Mangoma was supposed to submit to the Inter-ministerial Committee on Commercialisation and Privatisation of Parastatals, recommending the identification of a technical partner for the technological transfer through a competitive bidding process.

Mutasa allegedly complied with the instructions and was assisted by SERA officials up to a stage where the business proposal memorandum and bid documents for tender were forwarded to Mangoma for recommendation and final approval by the committee.

It is alleged that on receiving the business proposal memorandum and bid documents to tender, Chifamba and Mangoma connived to by-pass the committee and the competitive bidding process as a means of showing favour and making sure that the Korean company would automatically become the partner in the technology transfer agreement.

The State alleges that the trio proceeded to award the contract, and as a result, Zesa Enterprises paid an initial payment of $850 000 to the South Korean firm on the strength of the technology transfer agreement.

It is further alleged the deliverables, of which the agreement sought to achieve, were not met at the time of the expiry of the five-year period, resulting in questions being asked over the deal.

Due to the trio’s actions Zesa Enterprises suffered a total prejudice of $850 000 and nothing was recovered.