Mangudya pours his heart out 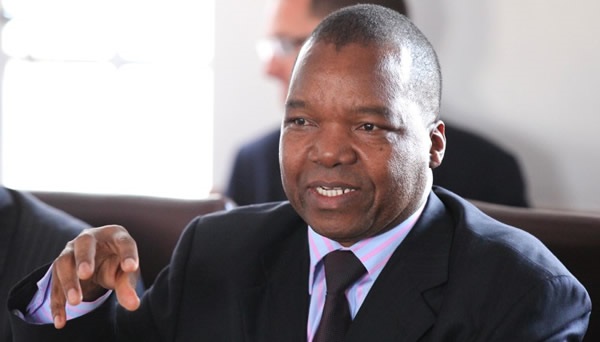 HARARE – Reserve Bank of Zimbabwe (RBZ) governor John Mangudya has poured his heart out during a pre-budget seminar in Bulawayo on Thursday, saying it was unfortunate that the apex bank has become the target of attack despite the enormous work they are putting in addressing the difficult economic situation.

The top banker, who has been assured of a second term by President Emmerson Mnangagwa, was particularly not amused by those calling for the scrapping of the bond notes, introduced in 2016.

In fact, extremists have been calling for his resignation, saying the neo-classical economist has failed in his job.

“Some of us have gone out of our way to get this economy running,” Mangudya said, while addressing delegates at the on-going 2019 pre-budget seminar in the second city. “It is about time that the people of Zimbabwe are grateful for this sacrifice,” he added.

Mangudya, whose first term of office expires in February next year, introduced bond notes about two years ago, vowing to resign if the scheme failed.

He insists that the surrogate currency has been a success, giving the example of the growth in exports since its introduction as an export incentive.

At the time of their introduction as a stop-gap measure to eliminate cash hoarding and externalisation of foreign currency, mainly the United States dollar, the bond notes were backed by a $200 million Africa Export Import Bank facility.

At the pre-budget seminar, Mangudya was hauled over the coals in connection with the precarious state of the country’s economy and the effectiveness or lack thereof of his monetary policy interventions since taking over from Gideon Gono in 2014.

In response, Mangudya said it was important for Zimbabweans, more importantly lawmakers, to appreciate the real causes of the foreign currency crisis facing the southern African nation.

He said bond notes were not the real cause of the problems facing the economy, but ballooning electronic balances — otherwise referred to as the Real Time Gross Settlement (RTGS) balances — that are not backed by any real money.

Of the money circulating in the country’s economy, only 4,5 percent are bond notes and bond coins.

“Therefore, if we remove them, they won’t resolve the problem. The problem is about the 95,5 percent held as RTGS balances in your accounts. Where is it coming from?”

Mangudya also blamed the country’s economic challenges problems on profligate spending by government whose wage bill has also become unsustainable with over 80 percent of the national budget going towards salaries.

He said the country could also not expect to generate foreign currency when there was no production targeting exports.

“What are you producing Zimbabweans?” he asked rhetorically, adding that “If you are producing nothing, you can’t have a higher currency, which is very strong”.

“Therefore, the challenge that you are facing of foreign currency shortages is because we are not working, and we must start working very hard.”

“So that’s the burden we are carrying as the central bank in trying to fund those balances. If we deal with the fiscal rules and principles, then you will find out that everything comes to shape,” he said.