Mangudya to get second tenure 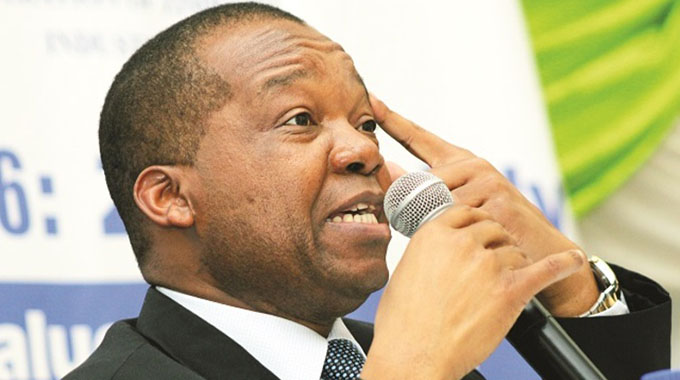 Herald Reporter
PRESIDENT Mnangagwa is clear on the performance of Reserve Bank of Zimbabwe (RBZ) Governor Dr John Mangudya and is about to renew his contract for a second tenure, Deputy Chief Secretary in the Office of the President and Cabinet (Presidential Communications) Mr George Charamba has said.

“The President is very clear on the Reserve Bank Governor’s tenure and his performance. Not only is he there to stay, but the President is about to renew his contract for a second tenure,” Mr Charamba said.

The Deputy Chief Secretary spoke in the wake of reports and frenzied social media speculation that Dr Mangudya had been or was about to be fired and was to be replaced by one Andrew Ndaamunhu Bvumbe who recently left his executive directorship with the World Bank.

Most readers of The Herald yesterday applauded the decision to keep Dr Mangudya at the helm of the central bank.

“I personally think that is the right move to extend J. Panonetsa Magundya’s tenure, he can’t just abandon the bond note . Perhaps we owe the little that we have in the economy to his ideas,” wrote a reader who preferred to be called Marimba on The Herald website.

Another reader, who identified himself as Chamunorwa, quipped: “An RBZ Governor from Mars would not be able to address anything. For a start, the country does not have a currency. Secondly, the economic fundamentals are extremely fragile.”

Rodgers Chirima wrote: “Must work on streamlining the RBZ management which has been soiled by assumptions of corruption and mismanagement in order to reclaim its national pride and integrity.”

A respected and trailblazing banker, Dr Mangudya holds a PhD in Economics as well as masters and bachelor’s degrees in the same discipline.