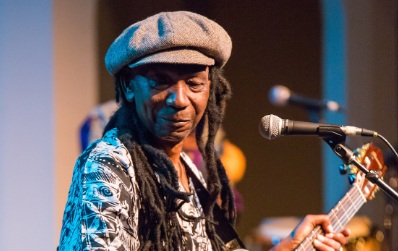 Mapfumo was accused way back in 2001 of buying five stolen luxurious cars from then fugitive car dealer, George Sibanda.

And 17 years down the line, he says he has not given up on the cars and has engaged lawyers to recover the vehicles.

Mapfumo said it was a pity that some people started pointing fingers at him at the time saying he was a thief, and yet his hands were clean.

“I am not a thief, I did not steal from anyone and no one ever came forward to say this is my car. Actually, at one point, the police called one of my associates to visit the police station where he was shown where the cars were parked and the police made him sign a document; they were telling him that they wanted to release my cars,” he said.

“The next time he went back to check on them they were gone. A corrupt policeman had sold them. That is corruption and that is what is happening in the country,” said Mapfumo.

In an earlier interview with the Daily News at the time, Mapfumo’s former Zimbabwean manager Cuthbert Chiromo said: “The truth of the matter is there was never a police docket on the matter; there is no docket right now.”

According to Chiromo, of the five BMW cars impounded in 2000, one was returned.

“Mapfumo’s late lawyer Lipworth Kabote had only managed to secure one car when he tragically passed away. The car was in such a bad state that Mukanya for a moment resolved not to pursue the remaining four cars but he later changed his mind.”

Chiromo added that after Mapfumo had pushed for the return of his cars following the death of his lawyer, he was invited by the police to reclaim his cars but they were nowhere to be seen.

“Two senior CID officers a Mr Marodza and a Mr Mahohoma gave us the permission to get back the cars but just like that they had disappeared. The cars were all BMWs — a 528; a 320; 328 and 318,” said Chiromo then.