Marimba Park stands to be regularised 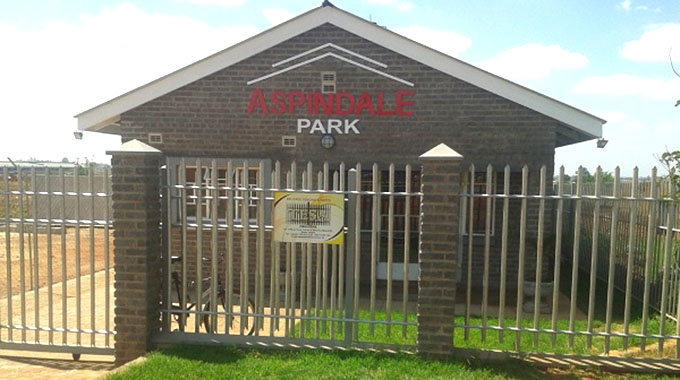 Kudakwashe Mhundwa Business Reporter
ASPINDALE Park property developers have started preparatory work for the development and regularisation of 2 600 residential stands covering an area of 180 hectares in Marimba Park, an area that had been parcelled out by cooperatives before it was returned to its rightful owners by Government.

The property development firm has since taken over the area after getting a mandate and approval from the Ministry of Local Government Public Works and National Housing.

Operations manager Micheal Swan, said after getting back its land, his company was now looking forward to uplifting Marimba Park and align its standards to those at the opposite Aspindale Park.

Most of the current housing structures in Marimba Park do not have amenities or approved plans and Mr Swan and his team plan to change all that without necessarily demolishing present structures.

“We plan to work with what is on the ground there and regularise to give each house an approved plan so everything comes in line like what we did with Aspindale Park.

“We want to maintain the high standards we set with our previous developments; for example, the mobile network in this area is terrible so we aim to upgrade the cell phone towers and get high speed internet through working with private players,” said Mr Swan.

“It’s a big project, the land is 180 hectares comprising of 2 600 stands. The property was occupied on the presumption that the State would acquire it, however this never happened.

“The Ministry of Local Government Public works and National Housing cancelled its offer letters to various cooperatives and there is a letter from local Government backing up that they have cancelled that and its basically saying that we are the owner and the developer taking over and that was issued on March 5, 2018,” said Mr Swan.

He added that the company is now working on regularising the residential stands to make sure that stand holders get title deeds as well as the necessary amenities.

“Now our major mandate as a company is to address the ownership of stands by entering into agreements of sale that eventually lead to title deeds for the residents. That’s our main issue. We want to give our residents proper title as well as proper services and amenities.

“On the town planning side, we applied to the City of Harare for a permit to subdivide the two subdivisions and the permits were approved in December 2018. We have also done land surveying for the area and we used lay-out plans and mapped over these images and we work out ways to service without knocking down houses so we have created roads and water and sewer access,” he said.

Mr Swan said the housing development in Marimba will also include shopping complexes, schools, clinics among other leisure facilities.

The developments come at a time when Government is trying to cut the national housing backlog.

Government has set in motion a comprehensive plan to create thousands of jobs in the construction sector, deliver over 500 000 housing units in 10 years, destroy old flats in Mbare (Harare) and Makokoba (Bulawayo), and provide capital to mothballed companies with potential for quick recovery.

The plans are in line with Vision 2030, a radical economic transformation programme aimed at turning the country into an upper middle income economy.

The housing units are set to be constructed under the National Command Housing Delivery Programme, with the aim of reducing the housing backlog that is currently at 1,25 million units.