The Environmental Management Agency (EMA) has revealed that Marondera town’s sewage system has stopped working and is discharging raw effluent into water sources. 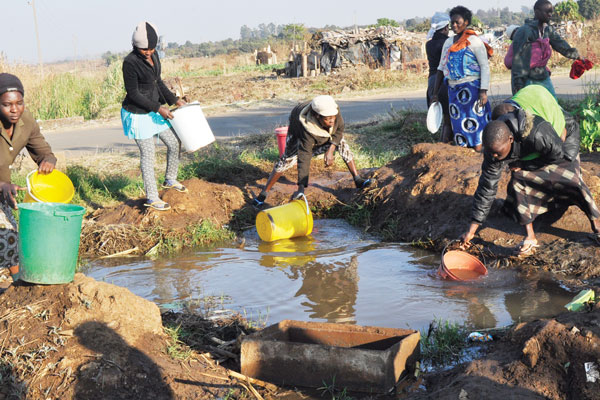 Speaking during a Zimbabwe Union of Journalists (ZUJ)-organised tour of the farming town last week, EMA provincial spokesperson Astas Mabwe said they had since dragged the municipality to court over the matter.

“There is no sewage system to talk about in Marondera, it is down. We have issued them with tickets before, but there is no change. We had to drag them to court and the matter will be heard soon to compel them to address the situation. Council is discharging raw sewage into Ruzawi River and Rufaro Dam,” he said.

Rufaro Dam is Marondera’s biggest water source and was recently condemned after authorities realised that it was heavily polluted by raw sewage.

Marondera Town Council has been discharging raw sewage into the environment since 2008 due to a dilapidated sewer system.

“The local authority has had its sewage ponds dry for a long-time now. As EMA, we suspect that due to a non-working system, council deliberately destroyed some sewage pipes, especially in Dombotombo area, to discharge raw sewage into the streams,” added Mabwe.

Council has been on record blaming the growing population for failed water and sewage systems, saying there was need to upgrade works to meet the demand for its population of more than 60 000 people.

“Marondera town is not living in isolation. A number of towns are facing the same problem of sewer and water challenges,” he said.

“There is need for support from the central government if we are to realise a working sewage and water system in the town. Currently, council requires US$9 million for its water system upgrade.”