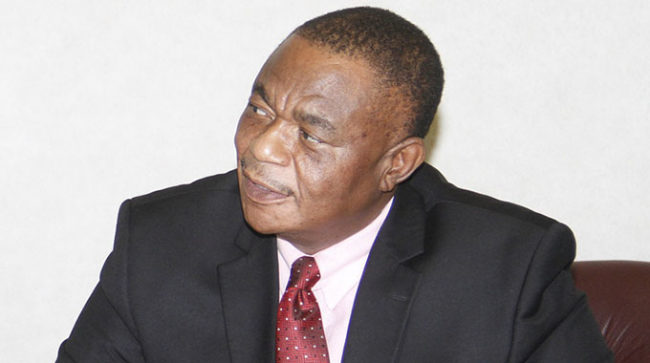 Acting President Constantino Chiwenga’s estranged wife Marry has thrown another salvo at her husband, claiming the retired military commander is a dangerous character who uses the army to deal with perceived personal enemies.

In court papers filed on Thursday opposing Chiwenga’s application for custody of their minor children, Marry said the acting president had also exposed his shortcomings as a leader of a family, let alone a country.

In her response to Chiwenga’s application which is before the High Court seeking custody of their minor children, Marry said she could not be a danger to their children as was being alleged by her husband.

“I only communicated with the security personnel and when I was advised that I was not welcome at my own home, I did not take the law into my hands as he did by deploying his agents with unlawful instructions at the gate,” Marry said.

“If there is anyone who is dangerous, it is Chiwenga. He has proven that he can suborn the army when it suits him and he can use them (soldiers) to deal with perceived opponents.”

Marry said she was shocked to read reports that she was exposing the children to black magic yet it was Chiwenga who was known for using black magic.

She said the black magic issue was even mentioned in his previous divorce proceedings with Jocelyne Chiwenga.

“I deny the allegations that I exposed my children to black magic as alleged. I was shocked when I read those allegations. I deny knowledge of such items and that I exposed my children to any of these items. It is the respondent (Chiwenga) who is on record as having been accused of using black magic in his previous divorce proceedings,” Marry said.

She said Chiwenga could not say she was unable to take care of the children because of ill health, saying the VP was focusing on the speck in her eye while ignoring the log in his.

“He is the one who has globetrotted in search of medical attention and has been to India, South Africa and China. Even after his return from China, he still has a personal doctor and a nurse to take care of him on a daily basis and has the audacity to argue that because of my health, I am not a good parent,” Marry said.

She said despite her suffering from the injuries inflicted by a bombing at White City Stadium in Bulawayo in 2018, she had been taking care of her children while Chiwenga was bedridden.

“It was convenient for me to be with the children when Chiwenga was in hospital for more than 123 days, but it’s now inconvenient because he has fallen out of love with me,” Marry said.

“This type of thinking is intended to take the law back to a period when women had no rights. Chiwenga must be reminded that he does not get custody of the children because he has soldiers to suborn, but can get them through the courts; as it stands, he must return the children to me.”

She said Chiwenga has a tendency of deserting the matrimonial home as seen by what he did when he returned from China for medical attention.

Marry said Chiwenga could not chase her from their matrimonial home but must stay where he was residing when he came back from China.

“I deny that I was barred from visiting him in China. I did go to China to see him, but the fact that my children needed me most and the fact that he accepted that position made him agree that I should be with my children in Zimbabwe,” she said.

Marry said the issue in the present proceedings was not about ownership of the vehicles she was seeking to use.

She said Chiwenga went to great lengths trying to explain how these vehicles were acquired including confessing unsavoury facts about his relationship with businessman Kuda Tagwireyi.

Marry said the averments did not take him anywhere because the application was not about the ownership.

“When Chiwenga came back from China, he chose to stay away from the minor children and only to claim his love for them when I got arrested,” she said.

“Had he considered their interests, he would have come straight to the matrimonial home to be with them no matter what differences he had with me. His children had to find out about his presence in Zimbabwe via public television and this says a lot about his new-found commitment to them.”

Marry said it was embarrassing for someone who held himself to be acting president of Zimbabwe to bring up such allegations against a woman who had been his wife and mother of his children in a country that tried to be the champion of gender equality and to respect the rights of women and children.

The couple has, however, since agreed to resolve their differences outside the courtroom, an agreement reached through their lawyers on Friday.

This was not before the two had thrown mud at each other over the past week, exposing in graphic detail the inside of their troubled marriage with allegations of drug abuse, witchcraft, illegally acquired wealth and other dirty stuff being laid bare in damning affidavits deposited at the High Court where the divorce proceedings were set to be heard.

The post Marry Mubaiwa throws Chiwenga under the bus appeared first on The Standard.