Businessman Strive Masiyiwa has urged stricter testing and tracing of people for COVID-19 in African countries. 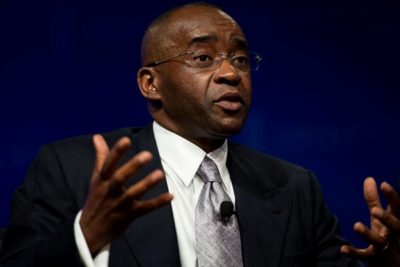 Writing on his Facebook wall, Masiyiwa called on African countries to prioritise strict testing and tracing of their citizens as a more effective and efficient way of combating the disease, given that in most African countries the infection numbers are still relatively low.

“Given the relatively low number of infections, in addition to critically important social distancing and handwashing, etc, that you already know about by now, our energy and resources should be directed primarily at two key areas to stop the spread.

“Testing: We are not doing enough testing.

“We have to decentralise the testing process and make testing easy, accessible, and unintimidating.

“It is far much cheaper to test, than to lockdown,” he wrote.

In addition to testing, Masiyiwa emphasised the need for contact tracing

“During the Ebola crisis, countries like the DRC developed an amazing capability to trace and isolate those who had been in contact with anyone who tested positive and/or showed symptoms,” he wrote.

“If you still have only 10 people who have tested positive, then focus on tracing, until you have everyone they contacted under strict isolation.”

Masiyiwa recently challenged African governments to mobilise and take the lead in incentivising healthcare workers in the fight against the coronavirus pandemic.

The Zimbabwe Association of Doctors for Human Rights has also urged the need for widespread testing, saying more needed to be done.

So far, the country has tested less than 200 people, which is seen as woefully inadequate, as a smaller number of people tested means contact tracing is virtually non-existent.

Questions have been raised about Zimbabwe’s preparedness and there is scepticism over the figures that the government provides.

Eight people have so far tested positive for the coronavirus in Zimbabwe, with one fatality.