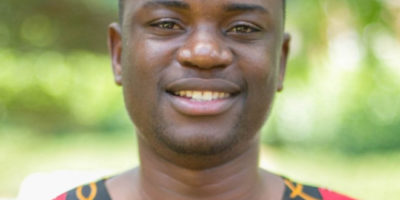 Masvingo High Court judge Justice Neville Wamambo has denied bail to MDC Alliance youth leader and ward 4 councillor, Godfrey Kurauwone, saying he flouted his previous bail conditions.
This is the second time he has been denied bail after the lower courts ruled against his freedom bid last week.

Kurauwone was arrested on allegations of criminal nuisance for allegedly circulating a video on social media while singing a song that said: “Ichava nhoroondo kana ndatenderwa na baba kubvisa Mnangagwa… Ichava nhoroondo. (It will be history when I get a directive from my father to dethrone President Emmerson Mnangagwa).”

He is also facing another charge of endangering public safety by allegedly blocking a road and burning tyres on July 31 when citizens, backed by opposition political parties had called for a nationwide demonstration over corruption and escalating human rights abuses.

Kurauwone is denying the charges. He was on bail on a previous charge of undermining or insulting the President after he allegedly addressed commuters standing in a Zupco queue that the problems they were facing were because of Mnangagwa and his sons were looting the country’s coffers dry.

Advocate Martin Mureri, Kurauwone’s lawyer, yesterday said it was clear the charges against Kurauone were fabricated by his political opponents who wanted to fix him.

“We respect what the court has ruled and we cannot go against the court. However, these are cooked up charges by his political rivals bent on silencing him,” he said.

“He was ill on the day in question and is still ill. He would not have gone to Mashava by 5am on July 31 when there was a curfew and all movement was restricted by the police and
soldiers.”

He said the way forward now was to ask the State for a trial date so that Kurauwone proves his innocence.

Pupils to proceed to next grade