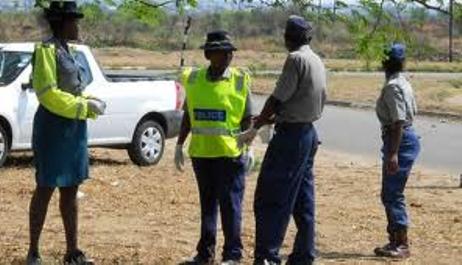 MASVINGO police have temporarily suspended the carrying or display of classified dangerous weapons for an initial period of three months.

Chief superintendent Godwin Chikuma, the officer commanding Masvingo Central Police District, in a statement said breach of the prohibition order will lead to imprisonment or fine.

“…carrying in public whether openly or by concealment in a public place or public throughfare or public display of any of the following weapons or items capable of use as weapons…catapults, machetes, axes, knobkerries, swords, knives or daggers,” read the statement.

“For the avoidance of doubt, it is declared that in terms of Section 14 (4) of the Posa Chapter 11:17 any person who fails to comply with a prohibition made under subsection (1) shall be guilty of an offence and liable to a fine not exceeding level 5 or to imprisonment for a period not exceeding six months or both such fine and imprisonment.”

The areas bound by this prohibition order include Masvingo Central, Masvingo Rural, Chikato, Rujeko, Muchakata and Renco. Masvingo East and West Districts, as well as Chiredzi, have also been served with the same prohibition order.