Source: Masvingo to get another mega dam | Sunday News (Business) 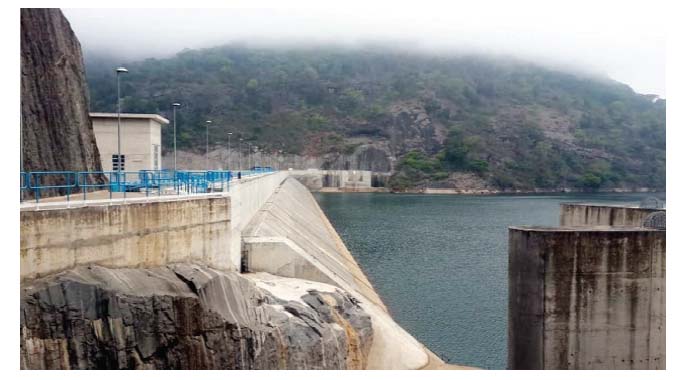 Masvingo Correspondent
THE Government will build another big dam in Chivi, Masvingo that will be have capacity to see Zimbabwe selling some of the water to the Limpopo Province in South Africa.

In addition, the dam that will be named the Tende-Runde Dam, will increase the capacity of the province to resuscitate many irrigation schemes that will turn the province into a greenbelt. Government officials said the dam will be big as Tokwe-Mukosi dam, the country’s biggest inland dam which can hold up to 1,8 billion cubic metres of water.

Speaking at the tour of demonstration irrigation plots at the Chombwe Piped Water Scheme in Chivi North last week, both the Minister of State and Devolution for Masvingo Provincial Affairs Cde Ezra Chadzamira and Finance and Economic Development Minister Professor Mthuli Ncube confirmed that plans were already in motion to build the dam that will supply water beyond our borders.

“At the moment there is the second policy of the National Development Strategy 1 in which we have submitted our projects that we want financed by the Ministry (of Finance and Economic Development). They will assist in the construction of the Mushandike-Muzhwi canal which will be drawing water to Mushandike and also to some parts of Chivi. The Ministry of Finance will also source money for the construction of Tende-Runde Dam, another big dam in Masvingo which is similar to Tokwe-Mukosi which will see us selling water even to South Africa. Other irrigation schemes will be done along the Mutirikwi Dam,” said Cde Chadzamira.

Finance and Economic Development Minister Prof Mthuli Ncube said Masvingo was endowed with many resources such as in the tourism and agricultural sectors from which it can be able to feed the whole of Zimbabwe.

“You have plenty of water here and so we need to build more irrigation schemes so that water is put to work. You are a very rich province and we want to make sure we support you as the Central government so you can make the rightful contribution to the national gross domestic product (GDP),” he said.

“The other outstanding project is the Runde-Tende Dam and again we are looking at financing that one and we are looking at working with the private sector under the Public Private Partnership for that dam to be developed. It is going to be a huge dam which will be supportive in the economic activity in the area and will have a potential to supply water to the Northern part of South Africa which is Limpopo province,” he said.

He said the Government was working on setting up provincial strategies which will see the provinces working to pursue the completion of set projects.

“We will work with the Minister of State Cde Chadzamira so that we develop a provincial strategy for this province so that he can work with you on the ground and work with us to pursue these various programmes and projects religiously,” said Prof Ncube.

He said Government will introduce a Masvingo Provincial Strategy and then twice a year it will be reviewed.

“I am not talking about Masvingo only but all the 10 provinces so that we can focus on development on all our provinces,” he said.