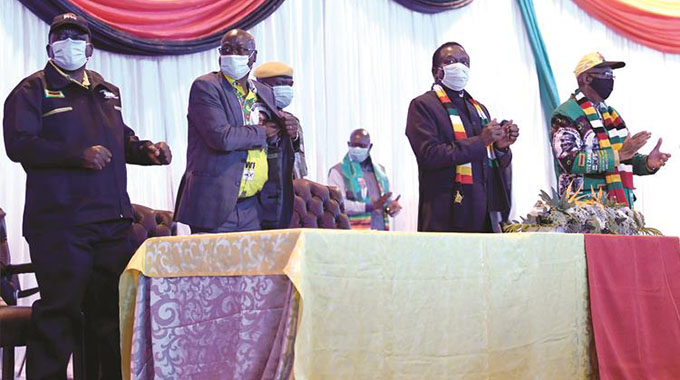 By 2023, Zimbabwe should be a net exporter of power as the projects in Matabeleland North take shape.

The construction of two units that will add 600MW to the national grid from Hwange Power Station is 70 percent complete while various investors in the same area are at different stages of building power plants that will contribute in excess of 3 000 MW in the medium term.

There is also the Lupane methane gas project, which is expected to commence early next year.

The province has potential to be the leading foreign currency earner for the country in about two years.

It is also home to the Gwayi-Shangani Dam, the final component of the $1.2 billion National Matabeleland Zambezi Water Project (NMZWP) that is envisaged to permanently end Bulawayo’s perennial water problems and create an agricultural green belt from the dam right up to Bulawayo.

Addressing the Zanu PF Midlands Provincial Co-ordinating Committee meeting at party’s provincial headquarters at the Winery Convention Centre in Gweru on Saturday, President Mnangagwa urged other provinces like Midlands to take a leaf from Matabeleland North which he said was a shining example in terms of implementing vibrant and viable projects.

“I spent two-and-a-half days in Matabeleland North province. I saw nine projects in two days and was left to see five projects. Here in the Midlands province, I have never been invited to commission even one project. Of the nine, five of them after 2023, they will be giving us 6 900 megawatts of power. This country needs about 2 000 MW, let’s say in two years’ time demand for energy increase to 3 000MW, we will have an extra 3 900MW from Matabeleland North alone after meeting national demand.

“This means the country will be exporting power and earning the much needed foreign currency. We haven’t even touched or looked at the coal and the gas they have. So potential in Matabeleland North is so huge. I am just mentioning what I saw,” he said.

Jinan will also be putting up a plant of the same capacity.

Dinson Colliery, which is a coal mining unit of Tsingshan (the biggest steel producer in the world), intends to build a 600MW plant in two phases.