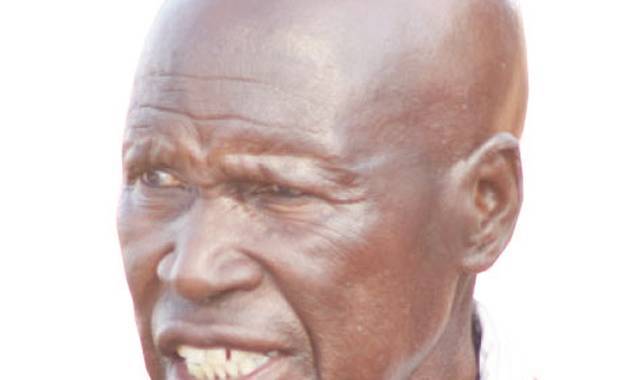 MATABELELAND South has recommended that Chief Vezi Maduna Mafu be declared a national hero for his illustrious fight for the rights of common man.

He suffered a stroke in 2019 and had been recovering at his rural home.

Zanu-PF officials on Saturday visited Chief Maduna’s family to pay their condolences and used the time to request for his biography which they will use to apply for a national hero status to be bestowed on him.

“I can’t say anything now until all the processes have been done. Abantu abadala (Elders) you don’t just rush to comment on their issues before you complete the necessary procedures,” said Cde Choeni.

“So, I have that respect not to talk about him ngengomuntu omdala. I will talk to you after we have submitted our position. At the moment I’m still consulting with other senior leaders to hear their views on the matter.”

Family spokesperson Mr Zwelithini Dlamini said there was a consensus within the province that one of the country’s long serving traditional leaders be declared a national hero.

“Since the 1960s he has been involved in the liberation struggle and was detained in about 11 jails across the country and at some point, he fled the country being pursued by the Smith regime. He lived his entire life as a liberation fighter,” said Mr Dlamini.

“Insiza district where he hails from was one of the areas that was targeted by the whites for its fertile soils. This led to them displacing people so that they could occupy the area. I think this colonial injustice is what drove him to be very emotional about the subject of liberation for himself and his people.

“There is a feeling among those who worked with him among them war veterans from the Zimbabwe People’s Revolutionary Army (ZIPRA) and some within Zanu-PF that he has worked for the country hence the request for him to be declared a national hero.”

He said the family was awaiting Government’s decision on the issue.

“The family will be comfortable with whatever he is accorded,” said Mr Dlamini.

“We only know that he wanted to be buried in his rural home and the family is in agreement with that. However, we had political leaders who came after the announcement of his passing on. They said they wanted us to provide information to assist them to prepare his biography they will submit together with the request for him to be declared a national hero.”

He said the family had not announced the burial date and the public should ignore what is being peddled through social media.

Chief Maduna was detained for a number of years for his involvement in the nationalist movement in the 1960s and 1970s.

During the Pearce Commission of 1972, which was an attempt by both the British and Ian Smith to legitimise Rhodesia’s Unilateral Declaration of Independence, Chief Maduna led his people in Insiza District to reject the Commission. The Rhodesian government arrested and detained Chief Maduna in 1976 because of his political activism and he spent most of his time in solitary confinement.

He was only released from prison during the ceasefire period in 1979. In 1981 he was elected a Zapu councillor and became the first chairman of the Insiza Rural District Council.

After the unity of the two liberation movements, Chief Maduna served the party in various capacities including being a member of the National Assembly.

In one of his last interviews with Sunday News Chief Maduna said he was happy with the progress being made by President Mnangagwa led Government to uplift the lives of the people.

“I support the Government of President Mnangagwa, the problem is that maybe I am too accommodative, people of different political persuasions visit me here at my home. When they leave, they go and make political capital out of meeting me,” said Chief Maduna, who had a huge portrait featuring Vice President Chiwenga and himself flanking President Mnangagwa in his living room.