Mayor to rent council land for US$2 per month

Source: Mayor to rent council land for US$2 per month | Newsday (News)

BULAWAYO mayor Solomon Mdala Mguni has torched a storm after the local authority offered him to rent a 2,5 hectare council plot for a paltry $165 (US$2) per month. 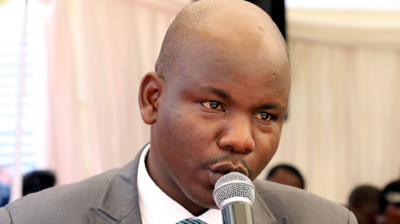 The advertisement dated May 29 by the town Clerk Christopher Dube stated that Mguni would engage in urban farming for 25 years on the piece of land located in Lower Rangemore.

Thus read the notice: “Proposed lease of Lot 3 Lower Rangemore to his Worship the Mayor Councillor Solomon Mguni, notice is hereby given in terms of section 152 (2) of the Urban Councils Act (Chapter 29:15) that the council intends to lease Lot 3 of Lot 3 Lower Rangemore in Extent approximately 2,5 hectares as shown on the drawing number TPA 8942 to his Worship the Mayor…”

The principal conditions of lease attached are: “the stand shall be used for urban agricultural activities only, a monthly rental of $165 bond excluding VAT shall be paid subject to review, any developments on the stand shall be in accordance with the approved plans and relevant council bylaws. All costs related to the least of the stand to be borne by the applicant.”

The town clerk stated that a copy of council’s resolution dated on March 4 concerning the proposed lease may be seen on application at the director of housing and community services offices.
“Any persons objecting to the above proposal are hereby required to lodge their objections with the undersigned… not later than 19 June,” the advertisement read.

Mguni refused to comment on the matter when contacted by NewsDay yesterday.

“I am just a beneficiary and I cannot say much about the issue. Those who want details should contact the person who placed the advert on the newspaper,” Mguni said.

Residents blasted council for plotting to undercharge the mayor saying the amount could not even buy a 10kg pack of mealie meal.

“This is an insult to the ratepayers, how can someone be charged a rental of US$2,” said one resident on social media.

Another resident said: “Here comes another looter, how can we proceed like this? The expectation is that you consider the people you represent first.”

Another disgruntled resident added: “We thought he was one of the good guys, he is paying virtually nothing for the lease of that land.”

The post Mayor to rent council land for US$2 per month appeared first on NewsDay Zimbabwe.