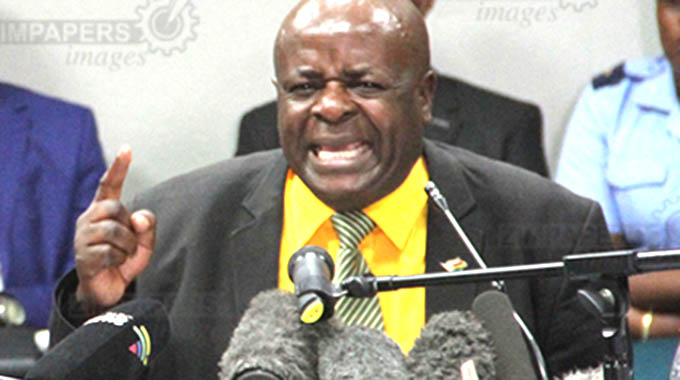 Prosper Dembedza Court Correspondent
MDC-Alliance activist Paddington Japajapa was yesterday jailed for an effective two years after he was found guilty of contravening Section 66A of the Electoral Act Chapter 2:13 (unofficial or false declaration of results).

In her ruling, Mrs Mapiye said Japajapa had a previous conviction not related to the present case.

She said Japajapa was accredited to monitor elections, but he ended up interfering with the announcement of results.

It was the State’s case that on July 31, Japajapa held a Press conference at a time election results were being announced by the Zimbabwe Electoral Commission (ZEC) and threatened to call for chaos, claiming the elections had been rigged.

Following the incitement by Japajapa, MDC-Alliance supporters violently stormed the city’s central business district in protest, leading to the destruction of property whose value is yet to be ascertained.

In his previous conviction on an unrelated case, Harare magistrate Mr Nyasha Vitorini convicted Japajapa of disorderly conduct for insulting Zambian Ambassador to Zimbabwe Zelipa Chitambo after he failed to secure a maize import licence.

The court heard that on October 13, 2017, Japajapa, who was in the company of five women, visited the Zambian Embassy at 48 Kwame Nkrumah Avenue, Harare, intending to see the trade attaché over the importation of grain from Zambia.

Japajapa was informed that the attaché was not available. He then demanded to see the ambassador, but was told that he could only see her after making an appointment.

Japajapa then asked the ambassador: “Why do you employ such kind of people? They don’t know what they will be doing. You should get rid of them.”

Ambassador Chitambo advised Japajapa that Zambia had stopped exporting grain to Zimbabwe and Japajapa said: “This is not the only embassy that can help us. We will seek help from other embassies.”