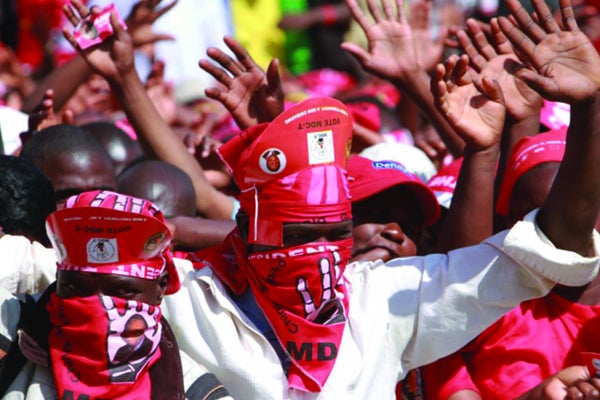 “We are certainly perturbed by the continued bullish, callousness, and harassment of innocent civilians exercising their freedom of association, which is guaranteed in the Constitution. We reiterate our long-held view that security intelligence in the 21st century has moved from thuggery and barbarism to use of intellect. We further remind the operatives to realise that Zimbabwe is a democratic and multi-party State and that they must, therefore, respect freedom of association and expression, let alone the democratic rights of MDC activists,” Zhou said.

“We, however, hope that President Mnangagwa’s office will rein in some of these mad dogs masquerading as (Central Intelligence Organisation) CIO and, therefore, destroying the credibility of real intelligence operatives whose duty is to safeguard national security as opposed to total abuse of power,” he said.

“The people first met Mashura’s wife and asked about his whereabouts, but she could not reveal anything to strangers. They then proceeded to his workplace and tried to entice him to get in their car for what they called a gentleman’s discussion. When Mashura inquired what they meant by gentleman’s discussion, further suggesting discussions did not necessarily need one to be in a car,” said a witness.

Another witness added: “Mashura avoided trouble by giving the excuse that he wanted to visit the gents and would come back and get into the car for the discussion. Although the CIO operatives followed Mashura to the toilet, he outpaced them, jumped over the perimeter fence at his workplace and dashed for freedom. Currently, he is in hiding.”

Zhou said the incident happened barely a fortnight after two senior MDC officials in Gokwe went missing. Prince Paradza and Edify Vushoma had earlier been accused by suspected State security agents of pulling down a Mnangagwa campaign poster at Gokwe centre bus terminus. They are yet to be accounted for, he said.