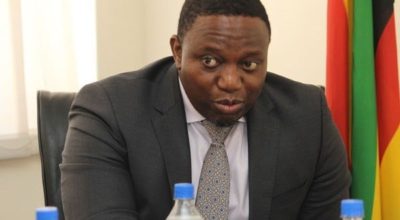 The lawyers demanded a retraction from the minister if he failed to back his claims with evidence.

In a pre-suit notice letter dated June 4 and addressed to Kazembe, the lawyers from Mbidzo, Muchadehama and Makoni Legal Practitioners accused Kazembe of pursuing a Zanu PF agenda in the matter together with other senior party officials.

They said the abducted MDC Alliance activists had always questioned the sincerity of the government, arising from a series of events during the purported investigation.

He said Kazembe’s decision to rush to the media was “further victimising” the three activists.

“It is now more apparent from your statement that no investigations are actually being carried out except an active exercise by the State (led by yourself) to seek to discredit the accounts of the victims of the enforced disappearance on behalf of the political party you represent in government,” part of the letter read.

The lawyers said it was worrying that several Zanu PF officials such as Foreign Affairs minister Sibusiso Moyo and politburo member Patrick Chinamasa, among others, had repeatedly made disparaging statements about the enforced disappearance.

They said the involvement of Zanu PF explained the leaking of crucial information such as photographs, taken only by the police, and images taken from inside a police station.

The lawyers also demanded explanation on how information only availed to the police ended up in the hands of Zanu PF officials.

“This has ceased to be a legitimate investigation and has become an overzealous public relations exercise on your part at the expense of the victims. This is deplorable to say the least,” they said, accusing Kazembe of not being clear on the exact agencies investigating the case.

They said they remained concerned by the numerous visits to the hospital by people masquerading as nurses or lawyers while others continue trailing parents of the victims.

On issues raised including that the victims were not co-operating with the investigating officers, the lawyers said: “Your statements are, therefore, disingenuous and wholly divorced from the truth and seek to achieve a sinister motive.

“… One also wonders if you are an expert witness who can authoritatively interpret and speak on medical reports.

“It is, in any event, a conclusion that is wholly inconsistent with the medical records, including the medical records relating to sexual assaults, conducted by the government medical doctor(s), and whose results have already been produced despite your pretence that these are still pending.”

Mbidzo, Muchadehama and Makoni Legal Practitioners added: “For the record, medical affidavits relating to complaints of sexual assaults have already been made and the medical findings relating thereto fully explained to the three victims.

“We are placing you on notice, that should the State choose not to call you as a witness, we reserve the right on behalf of the three victims to have you subpoenaed to testify and be cross-examined on these outrageous and hurtful statements.

“In the event that you should ignore these reasonable demands, we reserve the right on behalf of our clients to seek all legal remedies available to us and our clients in terms of the Constitution and other applicable laws.”
They vowed to subpoena Kazembe to testify during the trial of the three.