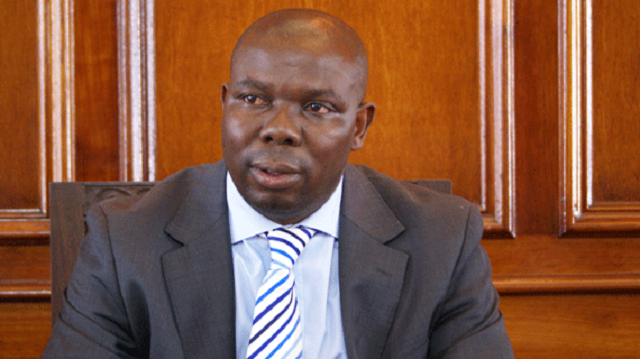 NJUBE-Lobengula MDC Alliance legislator Gift Banda on Thursday unveiled a scholarship programme for the academically gifted primary and secondary school students in his constituency who are from poor backgrounds.

Njube-Lobengula is one of the oldest suburbs in Bulawayo where the majority of the aged and poor are found. In 2020, Njube Secondary School students took to the streets to protest high tuition fees. Banda said a survey conducted by the Njube Constituency Development Committee showed that the situation was a lot worse for students in his constituency coming from poor backgrounds such as orphans who are now being forced to drop out of school.

“It is for this reason why we decided to come up with this revolving scholarship programme targeting the academically gifted from disadvantaged backgrounds.

“This programme targets all students notwithstanding the political affiliation of their elders at their homes,” Banda said.

“We are working with the constituency development committee, social welfare and school heads in the constituency to identify the beneficiaries; taking them from primary school to tertiary education level,” Banda added.

The government also has a social welfare programme, the Basic Education Assistance Module (Beam), where it pays tuition fees for the disadvantaged and orphans. The Beam has however been affected by underfunding from the Treasury.

Council reports show that the government Beam debt dates back to 2014, and has been struggling to clear it resulting in beneficiaries being chased away from school over non-payment.

At one time councillors said contract forms compelling parents and the government to pay up fees on or before schools open should be introduced to ensure that council schools get money due to them.