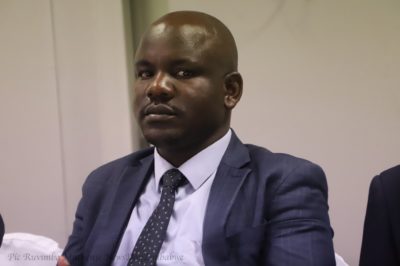 THE MDC Alliance has apologised to Bulawayo families that lost their loved ones to a diarrhoea outbreak that has infected over 1 000 residents to date.

Nine people have died from gastrointestinal infection blamed on contaminated water that the MDC Alliance-run local authority supplies to residents.

Luveve high-density suburb has been identified as the epicentre of the disease outbreak that came at a time when residents are enduring a six-day water-shedding regime. The council has since exempted the suburb from water-shedding.

Sessil Zvidzai, the MDC Alliance secretary for local government and rural development said the opposition party regretted that lives had been lost to a water-borne disease.

“We regret that people have died, many have been taken ill and others are hospitalised,” Zvidzai said.

“The lives of the people of Bulawayo are important to us. We will do everything in our power to ensure this crisis is swiftly resolved. Our hearts go out to all families who have needlessly lost loved ones due to the crisis.”

It’s the first time in years that Bulawayo has been affected by a diarrheal outbreak of this magnitude, and residents blame the crisis on council.

On Friday, residents dumped mock coffins near Luveve housing department offices in protest against the council for “supplying dirty water that kills us”.

“MDC Alliance has asked the mayor and his team to go all out to engage the residents and all stakeholders in Bulawayo in order to come up with a workable solution to the crisis,” Zvidzai added.

“The mayor of Bulawayo (Solomon Mguni) and his team were making frantic efforts to mitigate the effects of this humanitarian disaster.”

Council has announced it needs US$1 482 000 to address the issue of water contamination in Luveve and surrounding suburbs.