‘MDC and allies will be held accountable’ 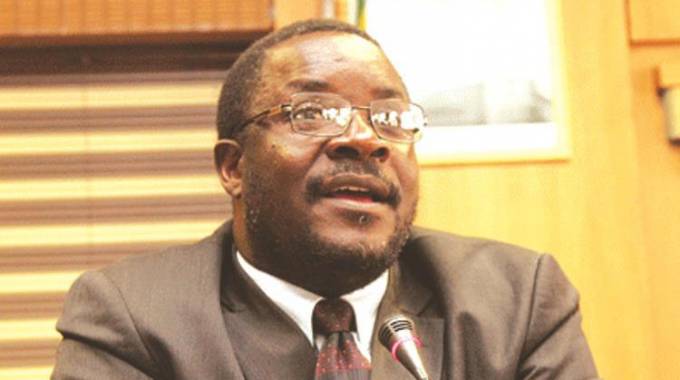 In an interview yesterday, Deputy Chief Secretary in the Office of the President and Cabinet, Mr George Charamba, said the State’s response to the violence thus far was a foretaste of things to come, and that the Executive was revisiting certain constitutional provisions that were being abused by some political elements.

Mr Charamba, who is the Presidential spokesperson, said opposition affiliates would also be held accountable, adding that it was ridiculous for them to decry a disruption in internet connectivity when their failed intention had been to bring the country to its knees in the first place.

He said, “It is a false narrative to suggest a causal link between the fuel price review and the violence unleashed in the streets by the MDC and its allies.

“For over a month-and-a-half, the MDC leadership has been consistently pushing out the message that they will use violent street action to overturn the results of the ballot, or failing that, to force a Government of National Unity.

“This in itself puts paid to any reading that links the fuel price review to the violence.”

Mr Charamba said apart from seeking to either upset the constitutional order or secure accommodation in coalition Government, opposition leader Mr Nelson Chamisa was also angling to raise his own political profile in the midst of an internal battle for control of the MDC.

“All three goals have nothing to do with the national interest. They are selfish and narrow considerations,” Mr Charamba said.

“Government will not stand by while such narrow interests play out so violently. The response so far is just a foretaste of things to come.

“The MDC leadership and its affiliate organisations will be held fully accountable for the violence and the looting.

“The progenitors and perpetrators of the violence are lumpen elements, not workers.

“The member-less and moribund ZCTU cannot claim to have galvanised or mobilised workers. If anything, we are seeing a reactivation of the 1999 structures which unleashed violence on society, where MDC and ZCTU had that filial relationship.

“This means the response of the State must deal with both the wayward parent and the wayward child, which is exactly what is going to happen.”

Mr Charamba said Mr Chamisa was not fooling anyone with his pastoral posturing after the violence.

“The poise of pastorship and scriptural nattering Chamisa is indulging in will not stand in the way of justice, nothing will take away the devilry that he represents. He thinks he can find his way to State House on the blood of Zimbabwean people.

“As for those dark forces backing the MDC and its allies, let them look at the unmitigated violence they have wrought via their agents.

“They should not expect us to take them seriously when they bemoan disruption of internet services at a time they want the whole nation to be burning and moaning about the losses brought by their own agents.

“Who prays for the dead citizen, for dead policeman? Who pays for the destroyed livelihoods and the jobs lost to the violence?”

“It’s a question we will have to deal with as we revisit certain constitutional provisions which we now know are prone to abuse by so-called proponents of democracy.”

Mr Charamba said it was telling that the violence and looting only occurred in areas that have traditionally supported the opposition.

“It’s their constituency, their politics and their programme; and all the co-ordinates of violence are on Chamisa’s desk and he knows it.

“Recently we all heard (Amos) Chibaya making it clear that as organising secretary, he was reactivating structures of the MDC to organise the violence which we now see.

“If the idea was to mobilise international opinion then they have badly miscalculated. If it was to constrain Government and force a GNU, they are terribly mistaken.”