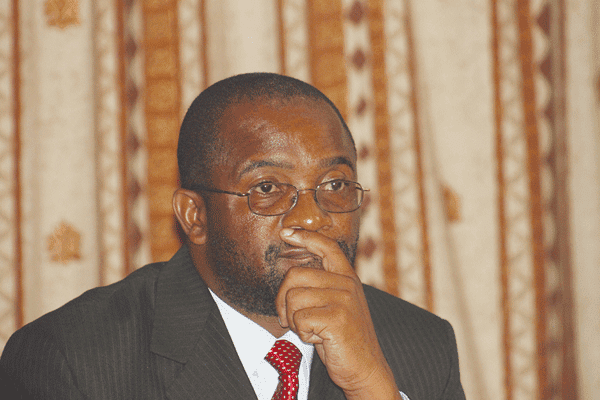 THE Nelson Chamisa-led opposition MDC has admitted that Western economic sanctions imposed on Zimbabwe were hurting ordinary people, but would only campaign for their removal once President Emmerson Mnangagwa has implemented the required reforms.

Party secretary-general Douglas Mwonzora (pictured), who is tipped to challenge Chamisa for the presidency at the party’s forthcoming elective congress in May, disclosed in a recent social media debate that he too, was keen on having the sanctions removed urgently.

Mnangagwa has upped the campaign for the lifting of the travel and trade embargoes, saying they were inhibiting his government’s efforts to implement its economic turnaround strategies.

But Mwonzora insisted that sanctions would only be lifted after government stopped human rights violations.

“I do agree the sanctions are hurting the ordinary person and as MDC we are ready to play our part to make sure that these sanctions, together with the brutality that brought the sanctions into place in the first place, are removed,” Mwonzora said.

The MDC and Zanu PF have accused each other of inviting the sanctions on Zimbabwe.

“We are for the engagement of Zimbabwe into the international community, but all of us have a role to play first, but principally, Zanu PF has a big role to play. They must stop human rights abuses, shooting of civilians by government must stop; harassment of civilians by the State must stop.”